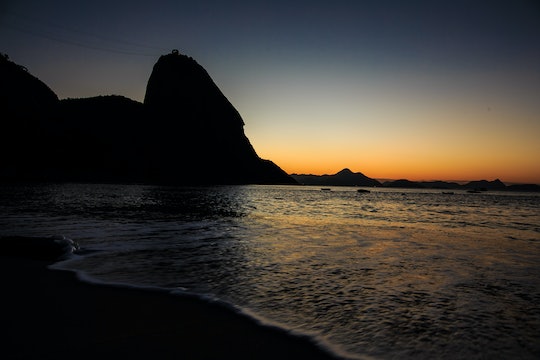 When I was raising my little boys, I had never heard of "dry drowning" (also known as secondary drowning). I didn't know that water they inhale through their nose could get into their lungs. That they could suffer brain damage, respiratory damage, or even die. But this can happen, and it has happened. After one family lost their four-year-old son to dry drowning last week, they bravely shared their story with the world. To try to prevent another tragedy. And now it seems, they have. Colorado parents saved their two-year-old son from dry drowning, because they recognized the symptoms described in the story.

Frankie Delgado of Houston, Texas, spoke to People that he and his family were swimming in the Texas City Dike on Memorial Day weekend when a wave came in and knocked his four-year-old son Frankie (or "Baby Frankie") down. Delgado believed his son inhaled water at that time. In the days after their swim, Delgado said his son was suffering from vomiting and diarrhea. It wasn't until almost a week later when the unthinkable happened; in the middle of the night, after little Frankie was complaining of chest pain:

He just grabbed his chest and screamed. He took a deep breath and his eyes kind of rolled back, then he laid back down. I got up, I said, ‘Frankie, wake up!’ All of a sudden, he exhaled. I picked up his shirt and I couldn’t see his [chest] moving.

Delgado rushed his son to East Houston Regional Hospital, where he died an hour later.

Doctors found water in little Frankie's lungs, and told the Delgado family that they believed their son died as a result of dry drowning. According to Dr. Juan Fitz of the American College of Emergency Physicians, dry drowning happens when the swimmer is back on land but has absorbed water into their lungs. Because air passages fill up with water, the lungs can't exchange oxygen to and from the blood. The heart slows, and the victim can go into cardiac arrest. Dr. Fitz told CNN that dry drowning most often occurs in small children. The symptoms can start to occur within 24 hours and include:

After reading the story of the Delgado family, Garon Vega of Colorado was reportedly able to recognize the signs of dry drowning in his two-year-old son Gio and rushed him to the hospital. The family had been swimming and his son had swallowed water, which he might not have normally thought unusual. Nor would he necessarily have made the connection between swallowing water and his son's sudden fever and difficulty breathing.Because he had read about the tragedy of the Delgado family, a warning light went off. As Vega told ABC 13:

Their little boy saved our little boy’s life. If I had not told my wife that [Gio] swallowed the water and if she had not seen that article, I think we would’ve ended up dispelling it as a regular sickness.

The doctors reportedly told Vega that his son might not have lived through the night if they had not brought him to the ER. And now, he wants to thank the Delgado family:

I feel like I needed to reach out to the parents of little Frankie and tell them, I don't know how to word it, but their little boy saved our little boy's life.

The Delgado family has done something truly courageous. To reach out in the face of such a horrible accident to warn other parents is a beautiful thing.

And it seems they may have already saved another precious little boy in the process.