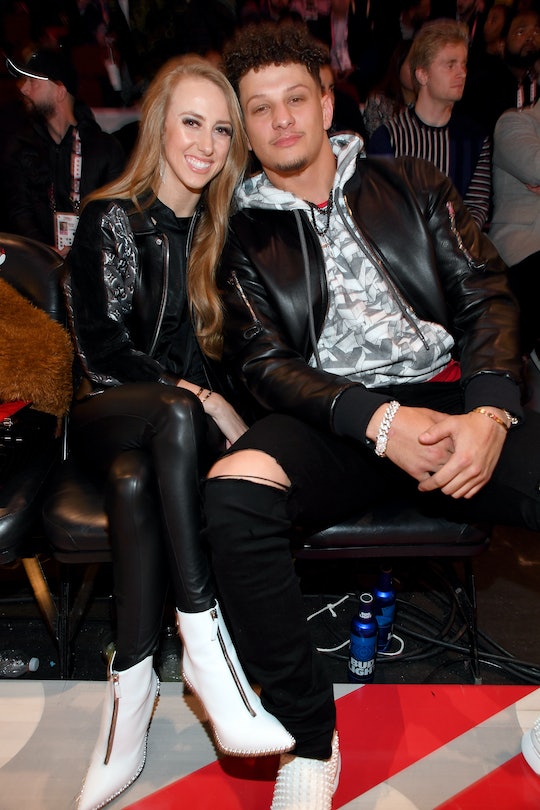 After announcing their engagement earlier this month, NFL star Patrick Mahomes and his fiancée Brittany Matthews revealed they are expecting their first child together with a beautiful photo of them holding a sonogram.

"Mom & Dad, taking a small detour to the wedding," Matthews captioned the photo of the couple posing with their sonogram picture announcing their big news. Mahomes posted a zoomed-in version of the photo Matthews shared to announce that he's going to be a dad on his Instagram and captioned it with a simple red heart emoji, showing his love for his little one on the way.

Beyond their pregnancy news, 2020 has been a big year for the couple. The Kansas City Chiefs quarterback started off the year by leading his team to victory at the Super Bowl. Seven months later, he proposed to Matthews on Sept. 1, which was the same night as the Super Bowl ring ceremony, according to Sports Illustrated. Matthews shared this special moment with fans in an Instagram post. "On a day that was meant to celebrate you, you turned it into celebrating us," she wrote. "It's always us, it's always you and me."

And it's been that way for a while. Mahomes and Matthews first started dating when they were sophomores in high school and have been together ever since.

While this is their first child child together, they're already the parents to two "fur babies," their dogs, Steel and Silver. Matthews revealed that Silver is "pretty pumped about being a big sis" in an adorable post to her Instagram Story, but the jury is still out on how Steel feels.

Matthews did not reveal how far along she is in her pregnancy, so NFL fans will just have to wait patiently for more updates from the parents-to-be.