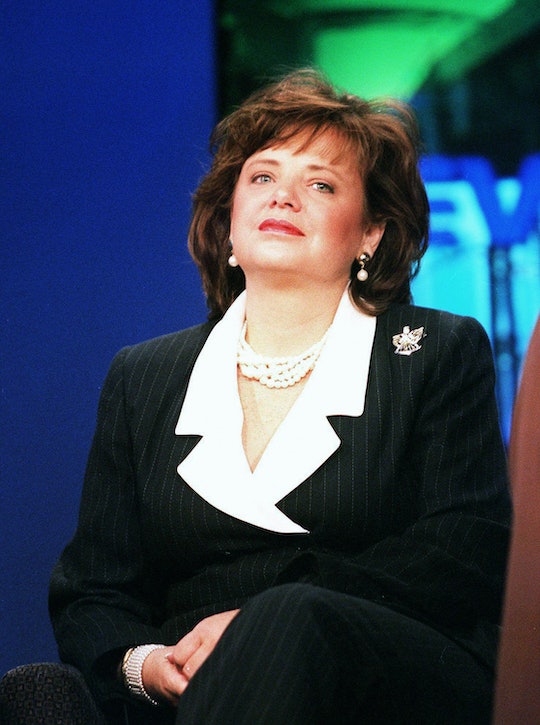 When six-year-old JonBenét Ramsey was discovered missing and then murdered in her family's Boulder, Colorado home on December 26, 1996, a monumental mystery began. Due to the fact that the killer has never been brought to justice and no one has been convicted of the murder of JonBenét, her parents, John and Patsy Ramsey, briefly became suspects, though they were exonerated from suspicion officially in 2008 through DNA evidence. To date, there are plenty of Patsy's quotes about JonBenét that show how often the parents had to defend themselves not only to the Boulder police initially, but to the public overall.

In countless interviews, both televised and in magazines or newspapers, the Ramseys asserted their innocence in the heinous crimes that had been committed against their daughter. When Patsy succumbed to a return of ovarian cancer in 2006, there had still been no clear cut suspect in the JonBenét case. This December marks 20 years since JonBenét was found in the basement of her home, and CBS will be airing a three-part docu-series, The Case of JonBenét Ramsey, which includes a team of investigators and forensics specialists teaming up to study the case and evidence all over again, but hopefully with more concrete results thanks to the advances that 20 years has afforded medical science.

Patsy's quotes about JonBenét come across as almost desperate and frustrated as any parent would be to be in the position she and John were in right up until her death in 2006.

"It's just people you know, they're trying to find something."

Patsy said this in a 1999 interview with CBS News, when referring to the media's attention on both her and John as suspects. As the wild theories began to surface from news outlets and even just regular people, as opposed to law enforcement, the attention had grown on the couple, whose lives were suddenly open for everyone.

"Does someone actually think I would kill my child because she wet the bed?"

One of the unproven theories that the Boulder police brought up to Patsy and John during their interrogation following the discovery of JonBenét was whether or not an accident had occurred. They asked Patsy if perhaps JonBenét had wet the bed and she (Patsy) had gone overboard and accidentally hurt her. There has never been any evidence of this though, and Patsy was never convicted of murdering JonBenét.

"There is a killer on the loose."

During a CNN interview on January 1, 1997, just a week or so after JonBenét's death, Patsy and John went on air to talk about what had happened and who they think may have killed their daughter. When Patsy announced that she was sure a killer was on the loose in Boulder she also warned, "I don't know who it is. I don't know if it's a he or a she. But if I were a resident of Boulder, I would tell my friends to keep - keep your babies close to you, there's someone out there."

"For the safety of all of the children, we have to find out who did this."

In the same interview, Patsy continued to assert that what she believed had happened to her daughter could happen to any other local children, given the nature of the crime, and made it a point to mention it. Not only did Patsy want the killer brought to justice for her own child, but for the safety of other kids in the area.

While there is no upside of losing a child and in such a way, Patsy Ramsey said that because of her Christian faith, she was able to take some ounce of comfort in the fact that JonBenét would never know sadness or heartbreak as Patsy and John had gone through. When asked if they believed JonBenét was in a better place, John added, "That's the one thing we want people dealing with us to know, to believe that, we know that in our heart."

In the released footage from an interrogation performed by Boulder police, Patsy shot down each of the theories that involved either John or herself being involved in JonBenét's murder and neither had ever been charged or convicted of the crime. She also told officers that finding any scientific evidence that she'd had any part in the murder would be "impossible."

"Go back to the damn drawing board."

Patsy also demanded at the Boulder police check their evidence and suspects again and to "go back to the damn drawing board." Patsy claimed that neither she nor John had any idea as to who murdered their daughter and that neither of them had had any part in the crime.