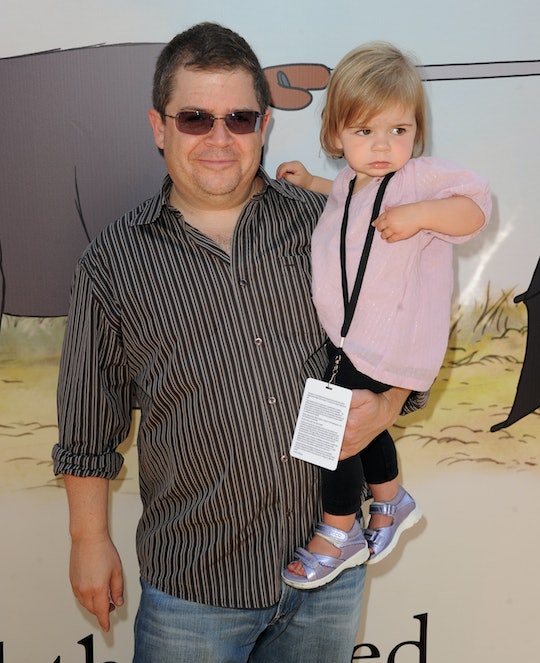 Comedian Patton Oswalt has had his fair share of heartache. His wife, crime writer Michelle McNamara, died unexpectedly in her sleep when their daughter Alice was just 7 years old, leaving him bereft. Trying to navigate parenting when he had considered himself the "sherpa" to McNamara's role as "expediter." Trying to console a child who has lost her mother when he was grieving himself. Trying to do it all alone... except he wasn't alone after all. In a recent interview with Playboy, Oswalt admitted his daughter saved him from becoming a "shut-in alcoholic" in the months after his wife's death. Because life goes on whether you like it or not, and who better to teach that lesson than a child?

Since McNamara's untimely death at the age of 46, Oswalt has used not only his trademark self-effacing humor to heal publicly, but also his introspective, emotionally-generous honesty (his essay for GQ, Patton Oswalt's Year Of Magical Parenting, is especially powerful). He has been generous and open with the experience of losing a spouse and becoming a single parent, and this interview with Playboy is no different. As he told the magazine:

This is going to sound selfish, but I’m forever glad that I have Alice. If I hadn’t had a daughter and my wife died, we wouldn’t be talking right now. I’m not saying I would be dead, but I would be a shut-in alcoholic.

Of course, Oswalt wasn't looking to his then 7-year-old daughter to offer him emotional support; it was the regular routine of the day-in, day-out of parenting that kept him going. As he told Playboy:

With Alice, it was and is "You got to get up." There are mornings when we’re late to school because I’m sad, but I’ve still fucking got to get up. A night when I’ve had maybe one scotch with some friends, I’ll say, "That’s it. I’ve got to take her to school tomorrow."

There were times when she was a little kid in a house with a father who was sort of shut down and having trouble talking. There were times when I had to get her to play a game on her iPad or start a little project, and then I would say, "Oh, let me go upstairs," and I would go put my head in a pillow and just scream and cry because I didn’t want to break down in front of her.

It has now been around 16 months since McNamara died, and life seems to be looking up for Patton and Alice Oswalt. He and actress Meredith Salinger recently got engaged (and Alice reportedly helped him propose).

While it has been a tough road for the father and daughter, it looks as though they have found someone to add to their family who clearly adores them both; when Salinger announced the engagement via Twitter, she wrote, "I love you Patton Oswalt! I love you, Alice Oswalt!"

In his GQ essay this December, Oswalt poignantly wrote:

I’m moving forward — clumsily, stupidly, blindly — because of the kind of person Alice is. She’s got so much of Michelle in her. And Michelle was living her life moving forward. And she took me forward with her. Just like I know Alice will. So I’m going to keep moving forward. So I can be there with you if you need me, Alice.

Now they can move forward with Salinger... here's to happy endings all around.