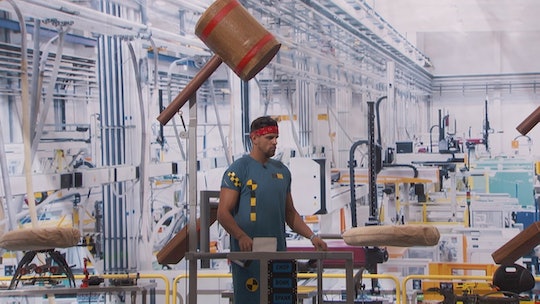 Twitter Compares 'Big Brother' To 'The Bachelor" & They're Not Wrong

Big Brother is a reality TV series about strangers living in a house together, closed off from outside communication, and being watched 24/7 by cameras. The Bachelor is a reality TV series where women compete to win the final rose from one man, becoming, in theory, the love of his life. While these two shows may sound quite different, they’re actually quite similar. This became most evident in the latest episode of Big Brother. Now all people on Twitter can talk about is how Big Brother and The Bachelor are basically the same show now.

On Big Brother "showmances" have pretty much always existed. If you’re unfamiliar with the term, a showmance is when two houseguests get involved in a romantic relationship while in the house. This season there were two showmances and a bromance pretty earlier on. Those were Swaggy C and Bayleigh, Faysal and Haleigh, and Brett and Winston. Swaggy C and Bayleigh were split the second week when Swaggy C was evicted and Brett and Winston were separated when Winston went home last week, making Faysal and Haleigh the last showmance standing. But their relationship is complicated.

Their alliance member, Kaitlyn, has considered Faysal her ride-or-die pretty much since she came into the house. Even though Kaitlyn had a boyfriend, she considers Faysal her best friend in the house, though many think she feels more for him than that. That’s why when both Kaitlyn and Haleigh were nominated this week for eviction, things quickly got messy.

Faysal’s first mistake was promising both women that if he won the veto competition he would take them off the block. Faysal’s second mistake was telling Haleigh she should pick him to play if she gets “Houseguest’s Choice.” And then Faysal put the final nail in his own coffin when he then actually won the veto competition, thus making it so he would have to choose between Haleigh and Kaitlyn, in front of everyone. This is where The Bachelor segment really began.

Just like when the Bachelor has to choose who to give the rose to, Faysal now had to decide which promise he would honor and which of these women he would betray. Kaitlyn, who often relies on her psychic abilities, sensed a “vibrational shift” in Fessy ahead of the nomination ceremony. This forced Fessy to confess that he wasn’t entirely sure he would use the veto to save Kaitlyn, which of course upset her because she claimed she threw the veto competition to Fessy believing he would use the veto on her. Honestly, that was a rookie mistake on Kaitlyn’s part. Everyone should know when it comes to Big Brother the only person you can truly rely on in the house is yourself.

In any case, this left Fessy with a big decision to make. Should he save Kaitlyn, someone who already proved she’s not above betraying an alliance member, or should he save Haleigh, the woman he’s developed feelings for? From the outside, it was a pretty easy decision to make, but Fessy’s friendship with Kaitlyn still left fans who don’t watch the live feeds a little unsure of what Fessy would decide. Thus, watching Fessy stand up in front of his fellow houseguests while Kaitlyn and Haleigh held hands waiting to hear Fessy’s decision felt just as full of drama as any rose ceremony on The Bachelor.

In the end, Fessy chose to save Haleigh, and naturally Kaitlyn is pissed. So while his showmance partner is safe, if Kaitlyn manages not to get evicted or comes back with the chance she gets from Sam’s power, Fessy just put a huge target on his back. Thankfully, despite Kaitlyn’s one head-of-household win, she’s not exactly great at competitions. So, the odds of Kaitlyn becoming HOH again to send Fessy home seems slim, but you never know with this show.

You can find out if Kaitlyn or Rockstar, the replacement nominee, gets sent home this week when Big Brother airs live tonight at 9 p.m. ET on CBS.