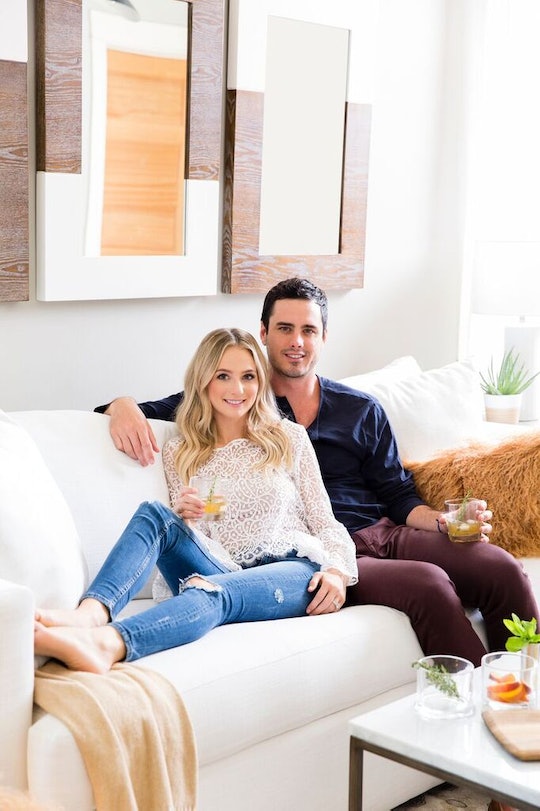 Ben Higgins and Lauren Bushnell had one of the sweetest romances in Bachelor history. Obviously, we didn't love seeing Ben crush JoJo Fletcher's heart – though at least that led us to a truly fantastic twelfth season of The Bachelorette and such instantly iconic Bachelor Nation alums as "Meat Chad" Johnson. But it was really no surprise to any of us when Freeform gave Ben and Lauren their own series, to track their new life together, post-Bachelor. Ahead of the show's premiere, we were even able to see photos of Ben Higgins and Lauren Bushnell's home – and it's flippin' gorgeous.

Ben & Lauren: Happily Ever After? premieres Tuesday at 8 p.m. ET on Freeform, so we'll get to see, in detail, how the beautiful couple is coping after appearing in (and falling in love on) the dating reality show. We already knew that Lauren – who is originally from Portland, Oregon but was living in California at the time of her appearance on The Bachelor – moved to Denver, Colorado, where her fiancé owns his home, to start their lives together. They'd discussed it soon after getting engaged and Lauren had made the official moving announcement on After the Final Rose, following the airing of their proposal in the season finale.

Earlier this month, the happy couple opened up to People Magazine about redesigning Ben's former bachelor pad into a home befitting a pair of soon-to-be newlyweds. Teaming up with Joss & Main's style director Donna Garlough, Lauren B. took a hands-on approach to sprucing up the space that the two would call their home. She later shared a "tour of the home" via her lifestyle blog Sparkle In Her Eye – and, in a shock to no one, their place looks incredibly chic now. (Hint, you can even shop their makeover and make your home look like their home.)

Lauren explained that, at only 800 sq. feet, one of her challenges when redecorating was "to brighten up the space and make it appear bigger than it actually is," which she achieved by choosing lighter-colored pieces, plenty of mirrors, and narrow furniture.

Lauren explained that she was careful to compromise and make sure that she didn't make their home overly feminine. "I’m moving into his house, so I tried to keep him in mind throughout the process,” she told Joss & Main. “I definitely love neutrals, as is evident from this space, and I like pairing more modern pieces with rustic, second-hand finds."

Lauren called the chandelier her "favorite piece in the home," noting that it's the first thing you see when you walk through the door. It's definitely a statement item!

Ben, for his part, loved their new bar cart best.

H for Higgins! It's clear that Lauren did her best to keeps things at least partially masculine, with plenty of rustic touches.

Lauren wasn't kidding when she said she incorporated plenty of mirrors. The gold leaf-finished Fyona wall mirrors are available on Joss & Main's website, along with the rest of the pieces used to brighten up Ben and Lauren's new home.