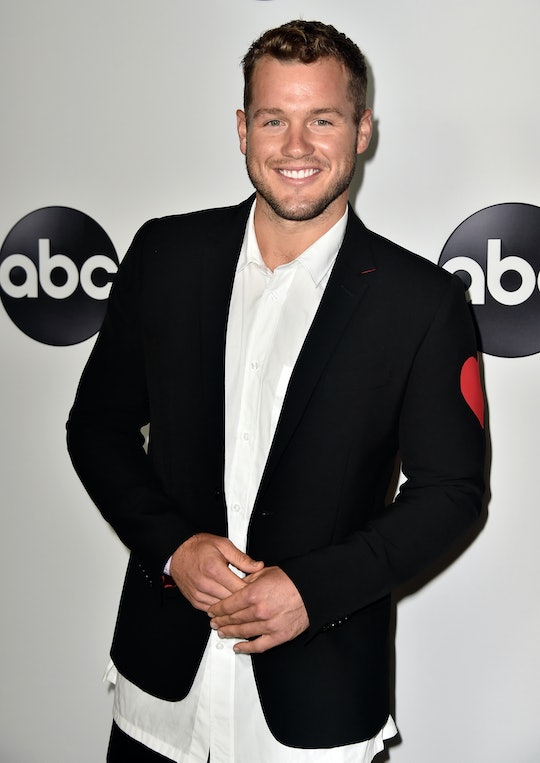 Childhood Photos Of Colton Underwood Show His Impressive Glow Up

The Bachelor Season 23 premiered with its first ever virgin bachelor, ex-NFL player Colton Underwood, at the helm. In the three-hour season premiere, which included a full hour of content from live viewing parties around the country, the show went deep into this Bachelor's past, and photos of Colton Underwood as a kid offer a ton of perspective on him. In the retrospective package on his upbringing, Colton reveals that he was "the fat kid" at a Christian school who struggled to gain social acceptance from his peers. He explained:

Grade school Colton would probably be really shy and timid at the fact that he was just named the Bachelor. I grew up in a pretty conservative environment. I was at a Christian school and I was always like the fat, chunky, awkward, weird kid. I didn't have girlfriends. I wanted to fit in so bad, but I felt very alone. A lot of days, I didn't want to go to school.

Photos of him through elementary school did frequently feature him posing alone, and he did seem to suffer a pretty awkward adolescence, like most people. Although Colton did eventually find his footing (and his eventual impressive physique) with football, the unresolved feelings of loneliness from his childhood resulted in a less than healthy relationship with the sport.

"My confidence in myself didn't come until my later years in high school," Colton continued. "The one thing I knew how to do really well was football. When things were good, it was because of football, and that's why I got lost in it."

Last season, during Becca's run as the Bachelorette, viewers learned that a focus on his football career — and finally finding the one thing he could do to please people and gain the affirmation he craved — was the reason that Colton hadn't yet found love. In fact, he had only been in one serious relationship, with Olympian Aly Raisman. Viewers also learned during the course of The Bachelorette that Colton had a brief fling with Becca's castmate Tia from Arie's season of The Bachelor. The pair tried to reconcile on last summer's Bachelor in Paradise, but it didn't work out.

Colton doesn't harbor any hard feelings toward the sacrifices he's made, however. "I made it to the NFL, and, for me, it was so special," he said in the season premiere. "I've had such a great life. I've had so many cool opportunities, but the one thing I've been missing is somebody to share those with."

And for anyone wondering if this season's Bachelor is ready for marriage given his relative inexperience, Colton addressed that, too. "I do know what love is," he said. "I've been in love before and I remember how good I felt in those relationships."