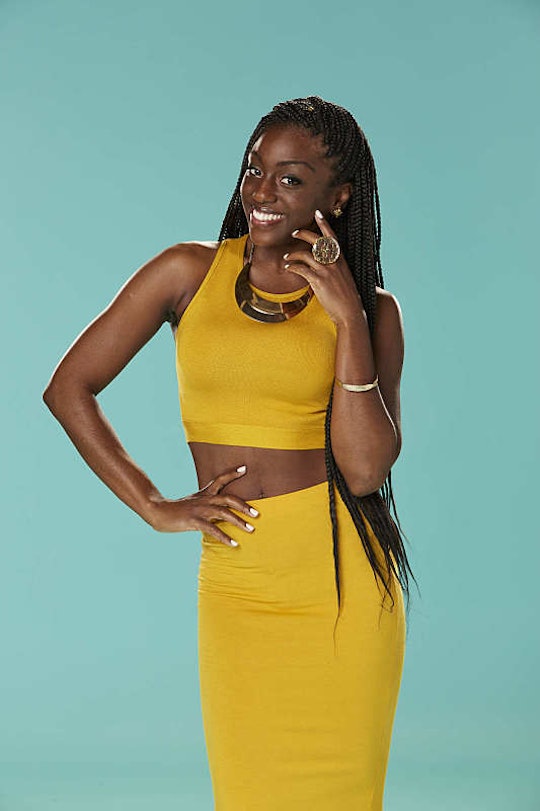 Among the Big Brother 18 houseguests back at a shot for redemption is Da'Vonne Rodgers, who suffered an untimely demise on BB17, getting evicted during Week 2. As the first houseguest to suss out BB17's "Twin Twist," the professional poker dealer made a fatal mistake by sharing the intel with Jason Roy, who promptly blabbed the information to the rest of the house, ultimately leading to Da'Vonne's eviction. Da'Vonne vowed to play it closer to the chest this season, but her number one motivation is still her 19-month old daughter Kadence. Photos of Da'Vonne and her daughter from Big Brother prove how special their bond really is.

When she first appeared on Big Brother, Da'Vonne was fiercely motivated by a desire to win the game in order to provide for her then-seven-month-old baby girl. She told Jeff Schroeder in her intro interview:

"This is for her. I want to start a foundation for my daughter. This is completely, 100% for her, absolutely. So just, making sure my baby go to college, making sure she got everything she needs. I'm from Inglewood, CA, but I don't want my baby to grow up in Inglewood, CA. I want to get her up out of there. Absolutely."

When asked whether being away from her daughter would be difficult, Da'Vonne added, "I think that it's going to motivate me more than drain me."

Unfortunately, she was reunited with her daughter much quicker than she had planned, only lasting two weeks in the house. This season, she vowed to make her time away from home worth it and stay in the game till the end, admitting:

"It's always hard to leave your child, but it wasn't as hard [to leave Kadence this season] as it was last time, because I feel like I got a sense of peace to where it's like, look, you know what you're going for, do it, and get the job done."

Taking a quick scroll through Da'Vonne's Instagram perfectly illustrates how devoted she is to her daughter.

Her deep and abiding love of ice cream and Da'Vonne's proudest Mama moments.

Hopefully Kadence is sleeping this easily while her mom is away in the house, busy slaying for the both of them.