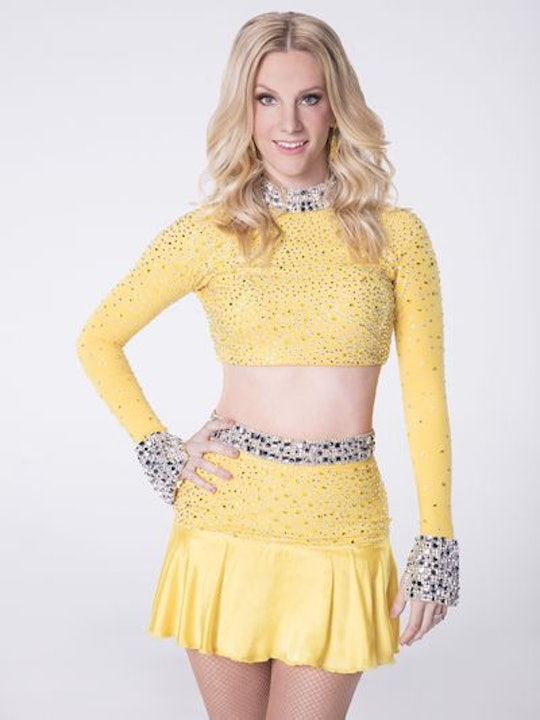 Photos Of Heather Morris & Her Kids Will Give You Feels

Anyone with kids knows that once you become a parent, Instagram is about way more than selfies and taking all of the best angles. Don’t get me wrong, it’s also totally about those things, but it also becomes a place to post tons of photos of your kids because why not? Season 24 Dancing With the Stars contestant (and former Glee star) Heather Morris is just like all of us in that respect and the photos of Morris and her kids prove that the actress/singer/dancer is a totally devoted mom.

She’s also a fairly new mom and since having her first child, Elijah, with husband Taylor Hubbell in 2013, Morris has been on something of a break from big acting roles. In that time, the couple had a second baby, Owen, who just turned one and the actress has been all about that mom life. Her Instagram looks a lot like any other mom’s, which makes you love her even more for being such a hands-on parent. But, I mean, when you have children that are this gosh darn cute, can you really blame her for trying to spend as much time with them as possible? And they clearly have the best time hanging out together. After all, photo evidence doesn't lie, so you don't have to just take my word for it.

In 2015, Morris married high school sweetheart Hubbell and two years before that they welcomed their first son. And now that their second is officially on the way to toddler-hood, it seems like Morris is ready to return to work on a more full-time basis, this time in the form of competing on DWTS. But that, of course, doesn't mean that she’s not the mom-turned-photographer we all become when we have kids.

I don’t know if Morris and her husband go all out for their kids’ birthdays and just don't post about it on social media, but judging from both of their sons’ recent birthdays, it looks like they had simple family time with possibly homemade birthday treats. Morris may have been on a little break from big acting roles until recently, but as a pretty big celebrity who worked on Glee until 2015 and danced backup for Beyoncé once upon a time, you almost don’t expect such a normal home life, but I am absolutely here for it.

When it comes to motherhood, though, Morris seems like she’s all about the journey and wonder of it all. I mean, a human being grew inside of you and was then removed and you’re living to tell about it. Can it get more amazing than that? When she gave birth to Owen in 2016, she posted a photo of herself with her new son and the caption: “Owen Bartlett Hubbell 7 lbs 3 oz born 2.11.16... I can't tell you how amazing an experience to go from a cesarean and having a VBAC... but I did it with the loving help of my husband, Dr and family :) and of course this little guy.”

Judging by Morris’ Instagram, it’s pretty clear that although she’s a celebrity and the “star” half of a team on DWTS this season, she also doesn't put on airs. She’s posted about the woes of laundry as a parent more than once and you can't get any more real than that.

Having kids and a career at the same time is sometimes an insanely tricky balancing act, but Morris seems to have it down and when she’s home, she’s clearly all about her family.

Basically, it’s going to be hard to not root for Morris on Season 24 of DWTS not only because she’s sure to be amazing on the dance floor, but also because she’s kind of an amazing mom and human being in general.

More Like This
Blake Lively Posted A Bunch Of Pregnancy Photos With A Stern Message To The Paparazzi
Zaya Wade Is Rocking New Long Hair & As Gabrielle Union Put It, She's A "Vision"
Prince George Reportedly Got Sassy In A Fight With A Classmate
Disney World Closes For 2 Days Due To Hurricane Ian