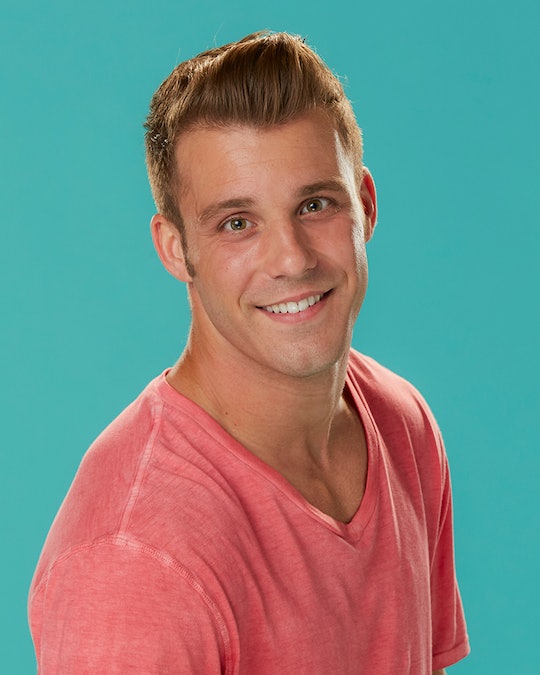 When it was revealed that one of the twists of Big Brother 18 would be the introduction of two siblings of former Big Brother houseguests, it wasn't hard to place Paulie Calafiore since he just looks like a blonde, less tan version of his brother Cody from Season 16. So it should come as no shock that Paulie and Cody Calafiore from Big Brother have an insanely adorable relationship back home. Like, to the point of wanting to just be best friends with them so you can get in on their funny antics with them. Or makeout with them both, whatever.

On Cody's season of Big Brother, it wasn't hard to root for him, and already on Big Brother 18, Paulie is becoming an easy favorite. He's easily one of the top contenders, and not just because he likely got some pointers from his veteran brother. Also because he seems to be able to hold his own with pretty much everyone in the house. The dude went from being up for eviction to becoming HOH, so he's pretty golden.

But seeing videos and photos of the Calafiore brothers before Big Brother make you love them both even more and makes you want to root for Paulie even harder. It's easy to love him in the house, when you compare him to the likes of Victor or Paul, but when you see him in his natural habitat and still adore him, that's how you know he's a pretty good guy.

And This Post-Workout Photo

The brothers that shred together...

This Video That Proves How Close They Are

Basically, the videos and photos of Paulie and Cody Calafiore before Big Brother show us that the brothers are totally normal, despite being insanely in shape and really, really ridiculously good looking. But being able to see Paulie in a normal setting, away from around-the-clock cameras, makes you realize just how cool of a guy he is. Like, in real life. That's not to say we aren't getting the full Paulie Calafiore effect on Big Brother 18, but these photos and videos just give us more reason to root for him.

Or This Candid Video From One Brother To Another

Or This Ultimate #TBT

If it wasn't already super easy to root for Paulie on Big Brother 18 and still hold a candle for his brother Cody, then these photos and videos just made it that much easier to root for them. In the show, in the real world, and basically just in life in general, too. Right now on Big Brother, Paulie is pretty solid in his many alliances and status as HOH, so there's really nothing to worry about just yet.

And if his brother Cody's Big Brother history is any indication, he'll be making it even farther. He just has to bring some of that Calafury, right? I just had to do it, you know I had to.