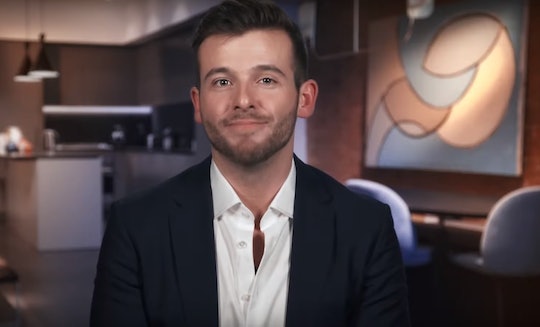 When Million Dollar Listing New York Season 8 premiered in August, longtime realtors and cast members Fredrik Eklund and Ryan Serhant welcomed back Luis Ortiz as well as a totally new agent, Tyler Whitman. Tyler has talked a lot about his dramatic weight loss on the show, crediting the weight loss with improved luck professionally. And photos of Tyler Whitman before his weight loss show he has indeed gone through a big physical transformation.

This season on the show, Tyler described the events which led up to his weight loss surgery and why he made the decision to lose weight. He described enduring years of body shaming from other gay men which resulted in a crippling insecurity. He also said that at his heaviest, he wasn't able to dance the way he always loved without quickly running out of breath.

But Tyler also explained on Million Dollar Listing New York that even after his surgery, he still felt judgment from other people because, to them, he had lost weight the *easy* way. But having any kind of weight loss surgery involves maintaining a steady healthy diet before and after the procedure and Tyler has worked hard to get to the healthy weight he is at now. It also helps that he is killing it in the real estate game.

Tyler recently spoke to the New York Post about his weight loss journey and how a Phish concert in 2015 was the final straw for him. After fainting while dancing with friends, Tyler made the resolution to lose weight for the sake of his mental and physical health.

"My friend David sat down next to me and I lost it," Tyler shared. "I sat there sobbing and told him, 'I am so tired of being the fat guy.'"

He underwent surgery to have part of his stomach removed and eight months after the procedure, he was already down 100 pounds. But he didn't stop there. He continued by focusing on working out in the gym to build strength and endurance. Since then, he was able to gain the confidence he needed to really skyrocket his career. Before his weight loss, he said, he wasn't taken seriously by other agents or clients. Afterward, "the floodgates opened."

But of course, Tyler's weight loss isn't the only journey he's been on. According to LinkedIn, Tyler started his career in 2007 as a salesperson for Best Apartments Inc. and moved up from there. He’s now a salesperson for Triplemint real estate group, where he served as head of sales for a time and now leads his own sales team. Not bad for a boy from the south who moved to New York with big dreams.