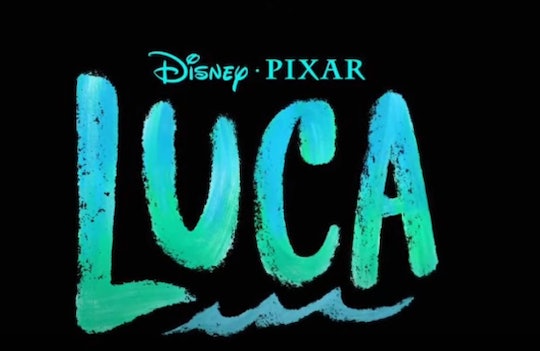 In less than a year, families can enjoy a little European escape through Pixar's newest animated film Luca that's currently in the works and set to hit theaters in summer 2021. The upcoming film, set in Italy, is a coming-of-age story with a pretty shocking twist.

Pixar's new film tells the story of a young boy named Luca as he "experiences an unforgettable summer in a seaside town on the Italian Riviera," according to an announcement from Walt Disney Studios and Pixar released on Thursday. Already I know I'm jealous of Luca, but there is more; apparently this young boy is hiding a secret and it's a strange one.

Young Luca is not a human boy, after all. According to Polygon, he's actually a sea monster from another world who lives just below the surface of the water and can look human. Something his best friend doesn't know.

Luca is directed by Enrico Casarosa, who's also behind the Pixar short La Luna, and told Variety in a press release that this film is especially important to him as someone who grew up on the Italian Riviera. "This is a deeply personal story for me, not only because it’s set on the Italian Riviera where I grew up, but because at the core of this film is a celebration of friendship," Casarosa told the news outlet. "Childhood friendships often set the course of who we want to become and it is those bonds that are at the heart of our story in Luca. So in addition to the beauty and charm of the Italian seaside, our film will feature an unforgettable summer adventure that will fundamentally change Luca."

Luca is scheduled to hit theaters in June 2021 and Pixar has not yet made any announcement regarding voice actors, but the concept art Disney shared on Thursday gives fans an idea of the fun, colorful Pixar-goodness that's in store.

Pixar's other new movie Soul was set to be released in theaters in June 2020, but was unfortunately pushed back to November due to the coronavirus pandemic. Hopefully Luca will not be held up in the same way because everyone could probably use a little escape to the Italian Riviera right now. Even if it's with a sea monster from another world.