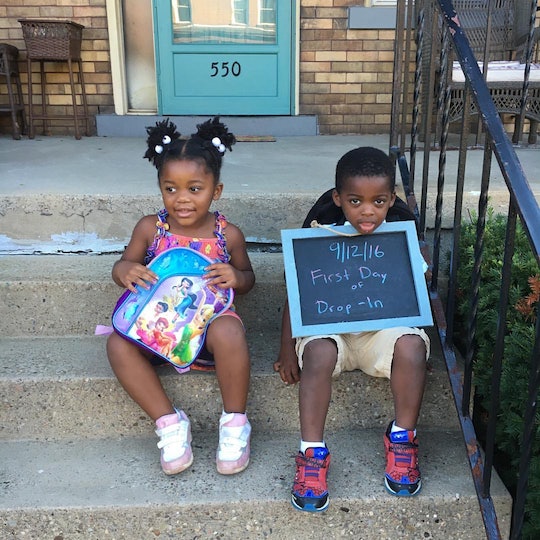 As a mother of four, I know that “every child is different,” but when it came to potty training my twins, it really was night and day.

My eldest child basically decided one day to just use the toilet, so by the time our next two were preparing for preschool, I actually had no potty-training experience. I crossed my fingers and hoped that they would just figure it out like my oldest, but they seemed pretty keen on sitting in their own bodily secretions all day. As they approached 3-and-a-half years old, the social pressure began. Also, I wanted to be able to leave them in the Ikea play space.

A friend sent me a bootleg PDF of a potty-training book that promised to train any kid in three days. I glanced through it and knew it wouldn’t work for my independent little souls. I posted in Mothers of Multiples on Facebook, and the overwhelming response was “potty-training boot camp.” Both babies at once, naked, home all day for three days. They would surely get it, and we would be diaper-free by Friday.

I tried this. Long story short, it did not work. It was messy. We had a slip-and-slide type experience on our hardwood floor that they found hilarious.

So, I just decided that despite their age, I would wait it out like I did with my oldest. I did some deep research (googling) and found that many kids are not potty trained by 3-and-a-half, despite what your great aunt says, and decided to just live my life.

Lots of praise was all she required — no charts or stickers or rewards.

My daughter soon started showing an intense discomfort with her wet diapers. All my kids were aware they were wet or dirty from around 12 months of age... but didn’t necessarily seem to care. My daughter began to try to remove her diaper — wherever we were. She also began to only go #2 at home, albeit in a diaper. Privacy was key for her. I took these preparedness signs and ran with it. For her, picking out her own underpants — in German-influenced Pittsburgh we call them “gutchies” — and encouraging her to not mess them up was all it took for her. In about a week, she was trained during the day and night. (Night-time dryness is more developmental than training related, so don’t stress if it happens later than daytime potty readiness.)

She never used the little potty, and went straight to using the full-sized one with an insert seat. Her type-A personality has persisted into elementary school, and looking back now I see the early emergence of it in her pottying journey. Lots of praise was all she required — no charts or stickers or rewards.

Poop as a science experiment and pee as a competitive game were the key to success for my son.

Her twin, a boy, took a bit longer. A few months before their fourth birthday, he began to show interest in not what his sister was doing — sitting down to pee — but in what his 5-year-old brother was doing. Basically, his older brother was in control of a fire hose that we allowed him to take aim with into that giant white bowl in our bathroom. So, unconventionally, we trained our younger son to pee standing up. We made it a bit of a game, and I went through bottles of shaving cream to freshen up the bathroom. With bowel movements, we talked a lot about where our food goes, how long it took to turn into poop *giggles* and even what it looked like when it plopped into the potty. Poop as a science experiment and pee as a competitive game were the key to success for my son, and again this has continued to show itself in his developing personality. He is curious, loves sports and competition, and does everything on his own timeline.

No book or “tried and true” method would have worked for my twins. They are two totally different little people, and like every child on the planet, will need something different from another child. Parenting is stressful enough without trying to shove our kids into pre-designed boxes, rather than letting their personalities and needs guide us.

More Like This
17 Best Potty Training Products For Toddlers
26 Toddler Lunch Ideas They’ll Actually Be Excited To Eat
Explaining My Terrible Tattoo To My Kids Reminds Me Of What I Owe My Mom
I’m No Singer, But My Children Think I Am