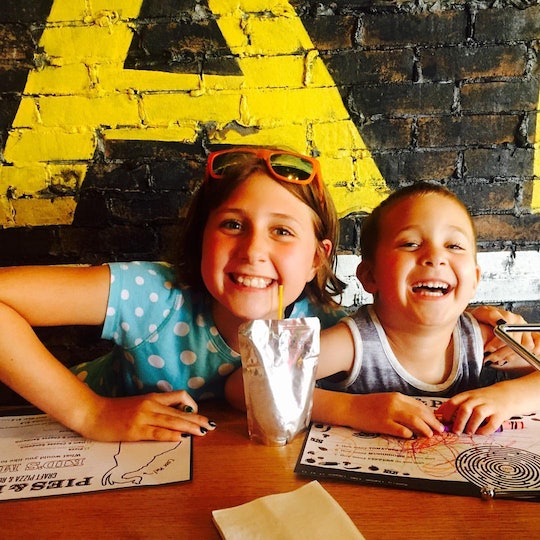 Potty Training Your First Kid Vs. Your Second

My son turned 5 in October and let me tell you, he's one of the most complicated beings I've ever met. (He's a lot like me.) With eyelashes some women would pay for, a voice so tiny it rivals a mouse's squeak, and the most enduring lines ("I like your face"), there's little I don't adore about him. However, and I say this with all the love in my heart, we have one major issue and it has to do with the bathroom. I'm now painfully aware that potty training your first kid vs. potty training your second kid is vastly different. Seriously, you guys. We're talking night and freakin' day.

With our daughter, I now know we may have began the great potty training adventure a little early. She had frequent accidents which led to a longer learning curve than what most would consider "normal." We eventually got it worked out just before I gave birth to her brother, but thinking back, it wasn't as bad as I felt it to be at the time. I know this especially now that we're in the thick of it again only, this time feels a helluva lot different. The main points remain the same, sure, but what's changed is the way we've parented alongside.

With that, here are some of the ways potty training your first toddler isn't even close to going through it with your second. Godspeed, toddler parents. Godspeed.