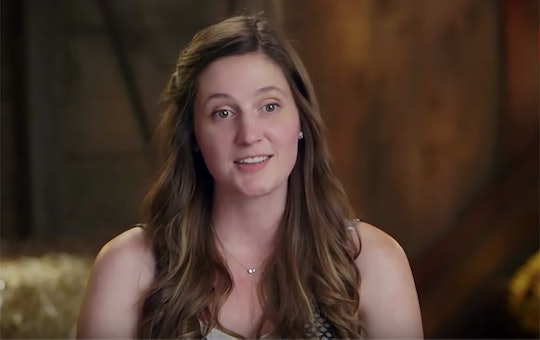 This Curious Video Has Fans Wondering If Tori Roloff Is Pregnant With Baby No. 2

There's no question Little People, Big World star Tori Roloff adores being a mom to her 1-year-old son, Jackson. But is Roloff ready for another kid? If you believe these pregnancy rumors about Tori Roloff, the answer is yes. And as for why there's chatter among fans about Roloff's baby plans? Look no further than this interesting video grandpa Matt Roloff shared on Tuesday.

Roloff has never been shy about the fact that she and her husband, Zach Roloff, want to expand their family. "I could totally have a second kid," Roloff announced on Instagram Stories in April, leading to speculation that she and Zach will reveal pregnancy number two ASAP.

But as much as it might seem like Roloff is gearing up to be a mom again, there have been a lot of false alarms too. Roloff even addressed the flurry of rumors, joking in May, according to The Christian Post: "If I was pregnant every time the Internet said I was pregnant, I would have like eight kids by now."

Although Roloff will likely keep fans in the know about her next pregnancy, people are still speculating on social media about her baby plans. Case in point: people think this video Matt shared to Instagram on Tuesday proves Tori is pregnant.

The video in question shows a family gathering winding down at Matt's house, a clip he captioned, according to Instagram: "Sometimes the goodbye’s are what matters."

At one point in the vid, the camera pans to Roloff's mid-section area, and some people think they spot a bump in the frame.

"Is congratulation in order for Tori and Zack?" someone asked. "She looks pregnant 😁."

"Tori is pregnant!" a commenter wrote, referencing the couple's new pup, Murphy. "Zack wouldn't let her get a dog unless she had another kid!"

So, is Roloff actually pregnant? That would be a big no. In fact, Roloff confirmed the news on Wednesday via Instagram.

Well-said, girl. It's never OK to ask a person if they're pregnant ever.

"Luckily I know when I get asked these questions it’s coming from a place of love. I know our fans are eager to see our family grow — as are Zach and I and our families — and you guys just want to see us make more adorable babies like baby j," she added. "However I hope you think twice about asking a woman 'are you pregnant?' Or 'when’s the next one coming?' You don’t know what’s going on behind closed doors in anyone’s life."

Roloff ended her message with a poignant take about the speculation, writing:

I say this because time and time again I’ve watched my own friends and family struggle with having a baby and I know how much it hurts every time this question is asked. If I believed the magazine articles written about me I’ve been pregnant for the last year and a half. If and when Zach and I are blessed with another little one we will share on our own time and in our own way. We love you guys and so appreciate your love and support. No one wants to see baby j be a big brother more than I do but let’s wait patiently together! 💙👶🏻 #zandtpartyofthree#storyofzachandtori

Although it's unfortunate that this important PSA was inspired by a silly rumor, the upside is now more people understand why you should never ask questions about a stranger's body. Case closed.