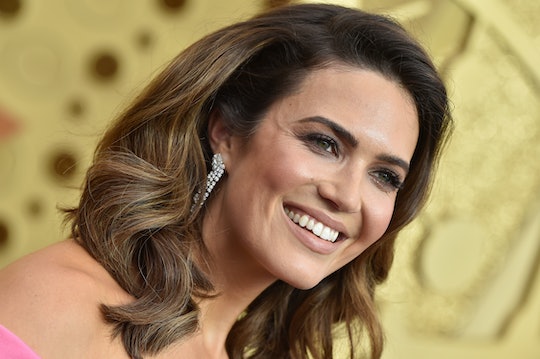 Shortly after announcing that she's expecting her first child, Mandy Moore shared that her pregnancy got off to a pretty "tough" start. Especially when it came to food.

This week, the This Is Us star shared a little pregnancy update on her Instagram Story where she admitted that she had been experiencing some "major food aversions," particularly with coffee. "I'm fully accepting that my love for coffee will come back," the mom-to-be told her Instagram followers. "And if not, it's all good. Small price to pay."

The 36-year-old actress and singer added that "coffee's not the only one" food or beverage she's had an aversion to while pregnant. "I don't know about you, but I had the worst food aversions," she said. "I still can't think about some things or look at them in the fridge. I had a really tough, like, first 15 weeks I'd say."

Moore admitted that she was even asking her husband, musician Taylor Goldsmith, whom she married in 2018, to take his dining elsewhere, "And poor Taylor. I was like, 'Can you go outside and eat? I can't look at food, I can't smell food, I can't think about food.'"

Food aversions are a common issue during pregnancy, particularly during the first trimester, and tend to be caused by hormonal changes, according to Healthline. Fortunately those hormones level off after the first trimester, so hopefully Moore will get to experience one of the joys of pregnancy: Eating all the food.

Moore shared the news that she and Goldsmith were expecting their first baby together on Sept. 24. "Baby Boy Goldsmith coming early 2021," she captioned a series of black and white photos on Instagram that perfectly highlighted her growing bump.

Years before her pregnancy reveal, Moore, who plays mother of three Rebecca Pearson on NBC's This Is Us, previously spoke to People about her hopes of becoming a mom one day. "I’m definitely ready for motherhood sooner rather than later!" she told the magazine in 2017. "I think that’s going to be the next chapter."

And while those first 15 weeks in this next chapter of her life don't sound as though they were too easy, Moore said during her Instagram Live video that it was all "worth it" as she prepares for her little boy to arrive.