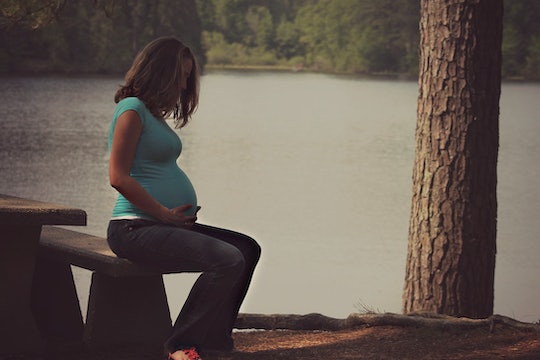 Pregnant Women More Likely To Be Victims Of Assault Trauma

Research has long pointed out the heightened health and safety risks for women during pregnancy. Not only is maternal mortality on the rise in the United States — leaping by more than a quarter since 2000, according to health officials — but women have an alarming one in six chance of experiencing domestic violence during pregnancy. New research is now suggesting that the dangers for pregnant women who are victims of trauma may be even higher than once believed. University of Pennsylvania researchers recently found that pregnant women are at greater risk for assault-related trauma — and to die from their injuries — than women who aren’t pregnant.

Introduced at the American Congress of Obstetricians & Gynecologists' (ACOG) Annual Clinical and Scientific Meeting in San Diego last week, the study compared the risk of assault-related traumatic injury to accident-related injury in more than 45,000 women admitted to Pennsylvania trauma centers over a decade. According to that research, pregnant women were twice as likely to suffer violent trauma over accidents, and assault-related trauma was found to cause death in three times as many cases. Assaults also caused more medical complications in pregnant patients, as one might expect, leading to four times as many transfers to other facilities for treatment and support.

Prior research has found that violence is all too common during pregnancy. According to the American College of Obstetrics and Gynecologists, homicide is one of the leading causes of death in pregnant women in the United States. Other studies put the odds of a woman experiencing violence by an intimate partner during pregnancy at as high as one in six. And when an expectant mother is the victim of violence, the baby has a greater chance of suffering long-term health effects. A 2016 University of Iowa study linked domestic violence during pregnancy to a greater risk of a baby being born prematurely and at low birth weight.

But the University of Pennsylvania study highlighted tendency for states to underreport trauma during pregnancy, in order to give the medical community a better sense of exactly how many women are at risk. “Since the typical definition of maternal deaths includes only those directly caused or impacted by pregnancy, it does not include accidental or incidental causes of death,” said senior author Corrina M. Oxford, in a statement issued by the Perelman School of Medicine at the University of Pennsylvania.

In addition, the researchers pointed to the importance of mental and emotional health screenings for pregnant patients, as 1 in 5 women in the study reported a psychiatric illness or arrived at the hospital for care following a suicide attempt.

Trauma from assaults or accidents complicates 1 in 12 pregnancies and is the leading non-obstetric cause of death among pregnant women. [...] Despite the severity of the issue, little is known about how trauma actually impacts pregnant women since accidental and incidental causes of death are excluded in many statewide and national maternal mortality reviews. The striking results of our study suggest that widespread screening for violence and trauma during pregnancy may provide an opportunity to identify women at risk for death during pregnancy.

The study findings come at an important time when national conversation over healthcare reform has reached an all-time high. Whether women will be able to access regular screenings during and after pregnancy remains a central question in the debate over the American Health Care Act (AHCA or Trumpcare) and the possible repeal of the Affordable Care Act. Pre-ACA, insurers could deny an application for health coverage because of prior medical treatment for pregnancy, domestic violence, sexual assault, and postpartum depression. A recent amendment to the republican-backed ACA replacement is causing many to argue that more denials along those lines will happen if Trumpcare is enacted.