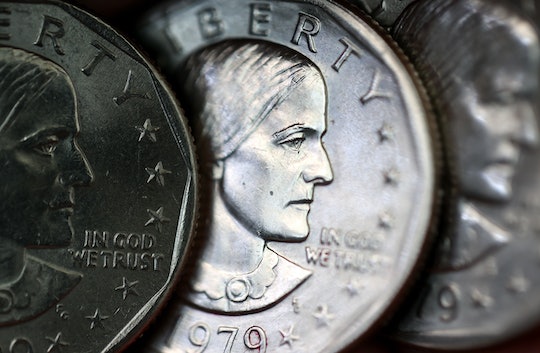 Aug. 18, 2020 marks the 100th anniversary of the 19th amendment in the United States. One hundred years of women being legally able to vote in their country. To commemorate this historic day, President Donald Trump decided to pardon Susan B. Anthony more than a century after she was arrested for voting, but it's highly unlikely that the American hero would have accepted it or would have wanted the president to make such a gesture.

On Tuesday, Trump spoke at a White House press conference in honor of ratification of the 19th amendment where he announced his decision to offer a posthumous pardon to the legendary suffragette. "While I am president, America will always honor its heroes, and we will always celebrate the patriots who secured women's right to vote," Trump told reporters, noting that he was signing a "full and complete pardon for Susan B. Anthony."

Anthony was arrested and fined $100 when she voted in 1872, five decades before women were legally allowed to do so. She refused to pay the fine, according to Biography, but was also never pardoned. Of course, Anthony's legacy is undisputed as one of the most important suffragettes of her time, even becoming the first woman to appear on a dollar coin from the U.S. Treasury in 1979.

Anthony's historical legacy is unquestioned. What is being questioned by many is whether or not she would have wanted to be pardoned by President Trump in the first place. After all, Deborah Hughes, CEO of the Susan B. Anthony House in Rochester, told the Rochester City Newspaper, that when Anthony was initially offered a pardon from President Ulysses S. Grant when she was alive, she declined it.

While President Trump's decision to pardon Anthony might simply seem like a moving gesture on the 100th anniversary of legalizing a woman's right to vote, many saw it differently. And given the fact that President Trump has been trailing presumptive Democratic presidential nominee Joe Biden in the polls with women voters, according to CNN, with a 24% difference in their margins, it could be seen as a purely politically motivated gesture.

Former congresswoman and author Katie Hill took to Twitter to reinforce the idea that perhaps Anthony probably did not want a pardon. "Susan B. Anthony did not want to be pardoned," she tweeted. "She was very pointed about this. Not until all women had full equality (which we still don’t have). She said instead she would 'urge all women to... the old revolutionary maxim that 'Resistance to tyranny is obedience to God.'"

New York Lt. Gov. Kathy Hochul seconded Hill's stance. "As highest ranking woman elected official in New York and on behalf of Susan B. Anthony’s legacy we demand Trump rescind his pardon," she tweeted. "She was proud of her arrest to draw attention to the cause for women’s rights, and never paid her fine. Let her Rest In Peace."

California Rep. Jackie Speier was not impressed with Trump's gesture either. "Pathetic. Trump pardons a woman who has been dead for over 100 years to show his commitment to women," she wrote on Twitter. "Suburban women aren’t dumb. We are all insulted."

Susan B. Anthony might have been pardoned on Tuesday, but the work she started is by no means finished. People across the country continue to face voting obstacles like lack of language access, voting identification requirements and reduced hours at the polling stations, not to mention mail-in voting issues. And of course, woman continue to fight for equality, whether they are trying to close the gender pay gap or tirelessly working to protect their reproductive rights. Susan B. Anthony's work here continues.