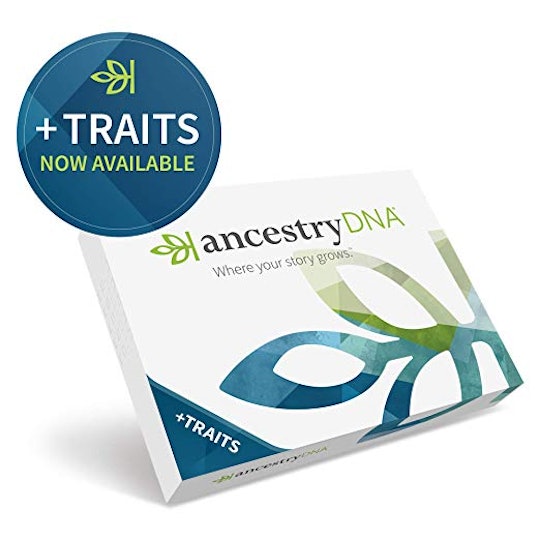 Holy Moly, The AncestryDNA Deals On Prime Day Are Up To 60% Off

When most people think of Amazon discounts, their thoughts tend to turn to maybe snagging an affordable hoverboard, or scoring some fancy non-stick lasagna pans. One doesn’t typically think: “I wonder if they’ll be any deals on seeing if I have any Russian ancestors?” But that’s exactly what is on offer with these very cool Prime deals on AncestryDNA kits.

AncestryDNA is one of the more popular, well-known genetic-testing services, and has become a unique gift to give a loved one, as well as a unique way to catch a serial killer. My husband and I actually gave each other these kits one year for Christmas, and while it almost resulted in divorce due to my husband forcing me to spit repeatedly into a vial at 6 a.m. (way too early for something so gross), it was ultimately a pretty great gift.

My own ancestral breakdown was rather surprising to me (2 percent Swedish?) while my husband's basically just said: "You are Irish." Really, I'm surprised they didn't just send him a photo of a potato, he's so Irish. I have to say, it was pretty fascinating to read up on our individual backgrounds, and to then link to distant relatives we've never even heard of before.

Amazon is also offering a deal on a unique add-on they offer, where they can tell you not only about your ethnicity, but also stuff about your specific inherited genetic traits. So maybe forgo the Shiatsu Electric Shoulder Neck Massager this Prime Day, and instead go for the vial of saliva.