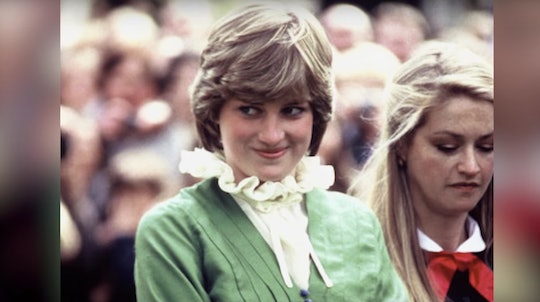 With the arrival of her fourth grandchild imminent, interviews have resurfaced where the late Princess Diana once revealed she got induced with her son Prince William because of the "unbearable" pressure from the media she received. And to be honest, as you look back at Kate Middleton and Meghan Markle's pregnancies, it seems like not much has changed from a few decades ago.

With the arrival of Prince Harry and Meghan Markle's first child expected any day now, royal baby fever has hit a peak. However, it's also a good time to remind everyone that this is someone's child, and it's an intimate and special time in their lives, one that will naturally be filled with stress, anticipation, and probably some anxiety.

Any mom-to-be can probably relate to that, without the added expectation of the media — representing, of course, the world at large — following your every move. No wonder royals take off a month or so before their expected delivery date.

In an past interview, as People reported this week, Princess Diana once felt so much pressure about her pregnancy, she actually got induced. “When we had William, we had to find a date in the diary that suited Charles and his polo,” she recalled, according to People. “William had to be induced because I couldn’t handle the press pressure any longer, it was becoming unbearable. It was as if everyone was monitoring every day for me.”

The story seems almost uncanny in how similar it is to what her daughter-in-law, Meghan Markle, is likely experiencing right now. In fact, according to TODAY, Markle is reportedly considering a home birth, and won't be appearing outside the Lindo Wing of St. Mary's Hospital in London, as her sister-in-law Kate Middleton did with her three children.

Before it was commonplace to give birth in a hospital, royals had babies at home like anyone else. Once it was more popular to do it at a facility, the tradition of the media camping outside the wing to wait for the very first photos of the new royal baby became an international past-time.

However, Markle is opting for privacy, at least for a little while, and understandably so. The amount of pressure that one must be under to not only give birth, but then to introduce your new child to the world hours after delivery, standing for one of the most highly publicized photo ops of your life... well, the pressure must be daunting to a point that any of us can't even fathom it, really.

However, the media's reaction to this decision is enlightening, and proves that not much has changed since Princess Diana's experience.

In fact, The New York Times reported on Tuesday that U.K. media outlets are "scorned" by Markle's decision to keep her delivery private. “Keeping the nation in the dark over details, even after the birth, is a bad look for the royal couple,” a letter from The Sun reads, issued on April 12. “The public has a right to know about the lives of those largely funded by their taxes. You can accept that, or be private citizens. Not both.”

And a anonymous "senior journalist" told the The New York Times, "This is the shattering of a tradition that goes back for decades... There is a price to be paid for that, and that price is mockery."

It seems that there is an expectation that the media has a right to know everything and anything about the royals' lives, even though they are, in the end, people, going through experiences that all of us do. But it also seems that there needs to be more respect given to a woman who is not only a public figurehead, but a first-time mother about to give birth, one who deserves to be stressed as little as possible. This was true for Diana, and it's absolutely true of Markle now, too.