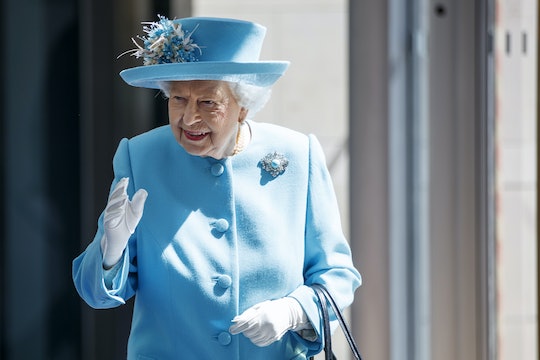 Princess Diana Wanted To Be Understood By Queen Elizabeth

The relationship between the late Princess Diana and her former mother-in-law, Queen Elizabeth II, remains a subject for heated to date to this day. Which is really saying something considering Princess Diana died 22 years ago in a car crash in Paris, France. There has been a lot of talk over the years intimating that the Queen didn't like Princess Diana and vice versa, and certainly there's plenty of commentary to support that theory. But there's also this; they were very different, and that might not have always been easy. These Princess Diana quotes about Queen Elizabeth prove misunderstandings plagued them both.

Lady Diana Spencer married Prince Charles, the heir to the British throne, when she was just 20 years old in 1981. Unsurprisingly, she reportedly found this lifestyle change enormously difficult. Prior to her wedding to Prince Charles (who had already dated her sister and was still in love with another ex-girlfriend, Camilla Parker-Bowles, as per E! News), the shy young woman was moved into an apartment at Buckingham Palace and expected to learn the ropes of what it meant to be a member of the royal family. Princess Diana was apparently lonely, confused, and nervous. All of which must have been compounded by the fact that she barely knew Prince Charles before getting engaged, Marie Claire reports they had spent time together just 12 times before he popped the question.

And then there was the Queen herself.

Queen Elizabeth herself had been living as a royal from birth, and so all of the rules would feel very much like second nature to her. Which could be why she and the rest of the royal family seemed to leave Princess Diana feeling "misunderstood," as she wrote in a letter in 1991, as per The Daily Telegraph:

I do feel extremely isolated more than ever now, as I see what's coming to this country and this family. I feel that you believe in me, Dudley, and you've no idea what this means to me as I am continuously misunderstood by those around me.

That appears to be one of the main issues between these two powerful, compassionate women; they simply didn't appear to be able to understand each other. As Princess Diana said in the National Geographic documentary Diana: In Her Own Words, she once approached Queen Elizabeth for advice about her collapsing marriage to Prince Charles and was met with confusion, as per The Guardian:

Sadly, Princess Diana didn't have the time to try to come to some better understanding with Queen Elizabeth. She died in a car crash in Aug. 1997, leaving millions of people brokenhearted at the loss of such a sensitive soul. Including, she might have been surprised to find, Queen Elizabeth herself, who offered a personal tribute to Princess Diana in the wake of her death, saying:

I want to pay tribute to Diana myself. She was an exceptional and gifted human being. In good times and in bad, she never lost her capacity to smile and laugh, nor to inspire others with her warmth and kindness. I admired and respected her — for her energy and commitment to others, and especially for her devotion to her two boys.

These two women didn't have much in common. They struggled to understand each other and suffered through misunderstandings. But at the end of the day, they were both strong women who loved their families and wanted to do the right thing.

It's really just such a shame they never had the chance to connect on a better level.