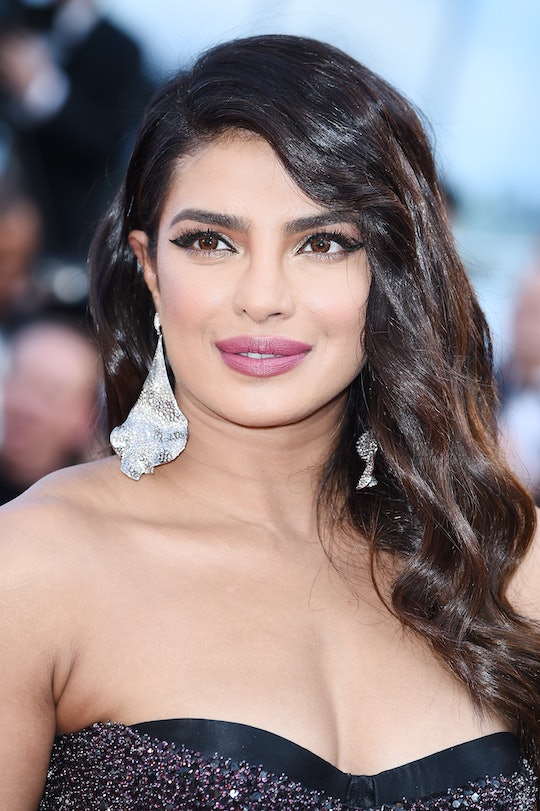 If you're an international beauty queen-turned-TV star-turned-movie producer who's used to doing things like attending royal weddings and traveling between continents, it may follow that when you get married and start planning for a family, you don't just have average aspirations. No, you have big ideas of how you want your future to go. Priyanka Chopra talked about her baby plan, and well, she's not short on ambition. Which is to be expected.

The star, who appears on the July cover of InStyle magazine, opened up to the publication about her life and goals, six months out from her momentous, multicultural wedding to Nick Jonas.

And those goals are about what you'd expect from a self-proclaimed overachiever (as she calls herself on her Instagram), whose own mom is a Sari-wearing, does-it-all doctor (as she explains in the cover story) and has had an enormous influence on her.

"I think the point of existence is to make the journey the best that you can. Create your own circumstances," she explained about her current life, which includes juggling two big careers between herself and Nick (who is on the road as part of the Jonas Brothers' "Happiness Begins" tour), being part of the super-close Jonas family that now includes two sister-in-laws, one being Game of Thrones' Sophie Turner, and planning for an awesome future.

When it comes to becoming a mom, though, the star really has a lot on her mind. Both Chopra and Jonas have told the press they want babies, as we report — and her close pal Meghan Markle just had one, so that's almost a guarantee, because when your close friends start having families of their own, it changes the way you think about things.

So naturally, everyone wants to know the when, where, how and every other none-of-our-business question about the future, gorgeous Chopra-Jonas progeny.

Chopra's not blabbing about the timeline, of course, But she did share her vision of what it will hopefully mean to her to be a mother, and create traditions and legacies.

"My big endgame is creating a formidable career and legacy for myself, but at the same time I want to have moved something,” the Quantico alum told the mag, noting in the same article that her desire is to showcase herself and other diverse performers in roles that go beyond someone's ethnic identity.

To that end, she has taken the bull by the horns by developing projects herself, including a comedy for the big screen about an Indian wedding on which Chopra has partnered with Mindy Kaling, as Variety reported.

“I want my existence to have meant something. I want my kids to turn around and be like, 'Yeah, that was my mom.'" she added to InStyle, which I love hearing.

In other words, Chopra doesn't just want to have kids to mother them and nurture them, she also wants to have a family to inspire, lead, show a strong example and leave her mark.

Chopra is talking about ambition, people, and making it clear she doesn't want to give up a role in the big, outside world just because she's settled down and found the right partner.

She doesn't want being a mom to give her a smaller life, she wants her role as a parent to make her life bigger. So in the meantime, it sounds like she'll be busy.