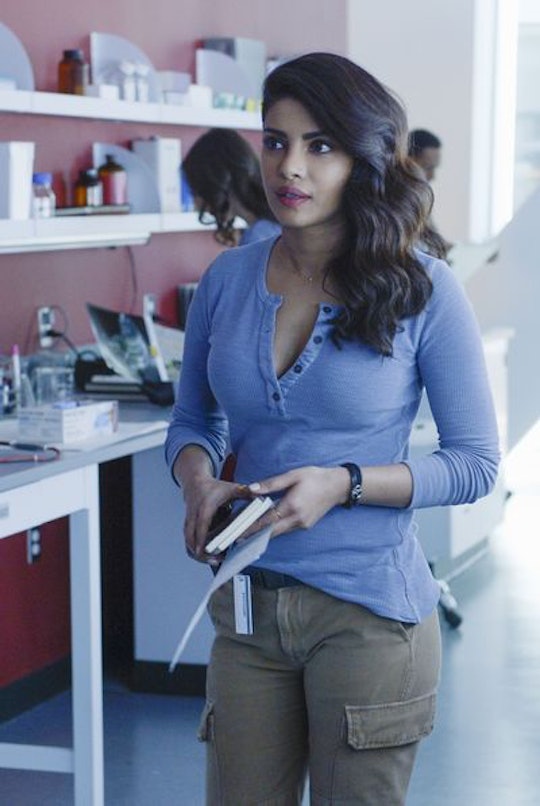 'Quantico' Season 2 Theories That Will Leave You Conspiring

The Quantico Season 1 finale included all of the answers fans have been waiting for. Who was the traitor? Why was the traitor doing what he was doing? Was he working alone? Who will die? Fortunately, and unfortunately, all of those questions were answered, leaving the thirst for Quantico Season 2 as real as ever. Luckily, fans of the show aren't letting the Season 1 finale deter their thoughts on the show, which is evident from these very intricate Quantico Season 2 theories. So, what are people suspecting will come with Season 2?

The finale revealed and explained just why Liam O'Connor was doing what he was doing. In short, Liam was exposing the FBI as a fraud. He wanted to "kill the cancer that is the FBI before it takes the country with it." He seemed to have a mission all along while working to regain control and rebuild the organization his way (with Booth), even though that didn't work out. From the very beginning, Liam warned the students to question their sources. Little did they know, they had to question every single one of their sources, including the most important source of all.

So, with Season 2 coming around, and a few lives lost (R.I.P. Simon), what can we expect from Season 2? Here are a few theories.

Alex Will Join The CIA

It was certainly alluded to in the finale that Alex could be headed towards a new career, but will it actually be with the CIA? I'm not so sure that this Matthew Keyes In The Black Escalade character is that trustworthy, but Alex might take the opportunity. Reddit user arjunt1216 suggests that Alex could join the CIA since the finale was titled "Yes," and we never got an answer from her in the car.

Alex Will Be Reinstated Into The FBI

Alex isn't part of the FBI right now, probably because she, you know, went so rogue it was almost impossible to trace who she was working for at one point. But, all of Alex's friends work for the FBI, so if anyone is able to get her back on the force, it's going to be them.

Claire Haas Will Be The New Villain

Claire Haas is definitely involved in the big picture of evil on Quantico, we just have to learn how and why. Was it all so she could get herself on the ticket? Was she really that willing to lose her husband, or was he just an unexpected casualty? It certainly seems that Claire is going to be Alex's new target in Season 2, since things were left on a rather unsettled note in the finale.

Did we ever actually see Natalie die? Is there a chance that she got out before the bomb exploded? She's just one character whose death never seemed fully completed, which could hint that there's more behind her "death" than it appears.

The Systemics Sub Plot Isn't Over

Was that Systemics cult plot wrapped up a little too nicely during the finale? They never went after Caleb because he was in the public eye, so it's just over? I don't think so. I wouldn't be surprised if there was more Systemics drama in the upcoming seasons. Could Caleb really be on their side? Will they come after him? Anything is possible at this point.