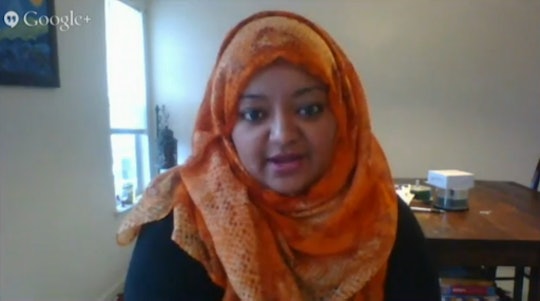 After an attorney broke news Thursday that a judge had vacated her friend's 2000 murder conviction, Rabia Chaudry's reaction to Adnan Syed's retrial was both memorable and impassioned. Maryland attorney Chaudry has stayed committed to proving Syed's innocence for the past 16 years, even tipping off Serial host Sarah Koenig about the case and following the story through Koenig's weekly podcast.

Once Serial ran its course, Chaudry established her own podcast, Undisclosed. With Undisclosed, Chaudry helped discover what has been the most vital piece of evidence to help prove Syed's innocence. In Syed's initial trial, it was believed that Syed was near to where Hae Min Lee, Adnan's former girlfriend, was buried. This was supposedly corroborated by records that connected Syed's phone to a nearby cellphone tower. This was trusted as evidence of his location. However, Chaudry's podcast uncovered crucial data that discredited the tower's legitimacy. In a fax cover sheet from AT&T, the tower was deemed untrustworthy. The fax clearly states that "any incoming calls will NOT be considered reliable information for location." For unknown reasons, this information was not presented to the court by Syed's former lawyer, Christina Gutierrez. This emboldened Syed's lawyers' case for a retrial.

Chaudry's dedication to her friend has been lauded by the others who have been fighting to prove Syed's innocence. Simpson tweeted a similarly impassioned reaction, mentioning Chaudry:

Journalist and TV host Wajahat Ali also sent messages of congratulations and kudos to Chaudry, emphasizing her dedication to the task:

In addition to tweeting her joy, Chaudry told to the Baltimore Sun:

"I'm overwhelmed. This is what we all wanted. It's not only a win for us but a win for a lot of people who are stuck in the system because it opened a lot of people's eyes about the justice system."

On Periscope Tonight, Chaudry has stated that she'll be covering the recent updates on Undisclosed, remarking "we can't not cover it." She's also written a book about the case, Adnan's Story, which is to be released Aug. 9 of this year. Taking the recent developments into account, she's aptly tweeted: "It seems I will have to rewrite my ending!"