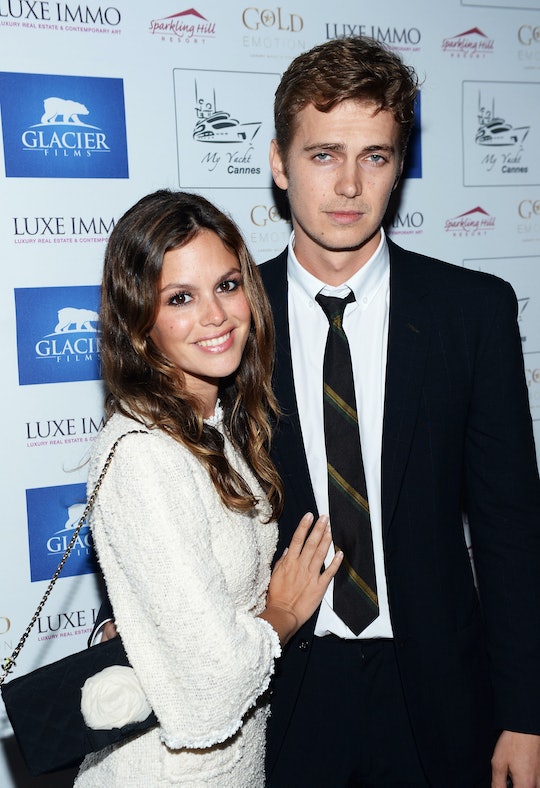 There's a whole lot of pressure on parents to do everything right, no matter what. Never get upset, always prioritize your kids, make them feel safe and special and calm at all times. Even when a couple ends their relationship, then it becomes all about being the perfect co-parent. As though people's hurt feelings can never enter into the equation. That's simply not reality though, is it? Nor is it helpful to make parents feel like failures if they struggle to find a good balance between their feelings and their children. Which is why I truly appreciate Rachel Bilson's honesty about co-parenting her daughter with her ex, just months after the two separated.

The former OC actress is mom to 3-year-old daughter Briar Rose, whom she shares with ex-boyfriend, Star Wars actor Hayden Christensen. The two were together for 10 years before breaking up in September, according to Harper's Bazaar, so clearly things are still pretty fresh. And Bilson is not shying away from admitting that the co-parenting situation is still getting figured out between the two of them. She told People in a recent interview that she and Christensen are a "work in progress" when it comes to their new normal, but that they're "still kind of trying to figure it out. It’s a tricky one. And I don’t know that there is any right way, necessarily.”

Christensen and Bilson first met as co-stars on the 2007 movie Jumper, and got engaged shortly after, according to E! News. They welcomed daughter Briar Rose (reportedly named for a character from Disney's Sleeping Beauty because of Bilson's love of Disney, according to E! News) When news first broke that the couple were breaking up back in September after 10 years together, a source close to the two told Us Weekly that they were living in different countries at the time. Regardless of the distance between their two homes, a different source told E! News in 2017 that both parents would try to make things work for their daughter.

"They will be on good terms because they have to be for Briar," the source reportedly told E! News at the time. "Rachel is very close with Hayden's family and has spent a lot of time with them in Canada and Barbados. She hopes that they can still be a family and continue to do things together."

Of course, it's not always as easy as you think it's going to be. And Bilson told People that she's trying to do her absolute best by putting her daughter first, no matter what. According to People, she said:

We say Mommy has a house and Daddy has a house but she’s pretty young to have an in-depth conversation. Most important for me is that Briar is OK and secure and stable. No matter what I’m dealing with or how much it hurts or how much anger there is, it’s just about her.

According to Psychology Today, Bilson is getting it right with her co-parenting in plenty of ways. The medical journal cautions parents not to burden their children with their own pain if possible (that's what your adult friends are for, right?), try to be as balanced as you can in your parenting, and recognize that it won't always be easy to co-parent with your ex.

The real trick, in my utterly unqualified opinion as a single mom? Go easy on yourself if you're finding it tough. Have someone you can vent to who isn't part of the equation. And remember that your kids will be OK if you don't get everything right the first time around.