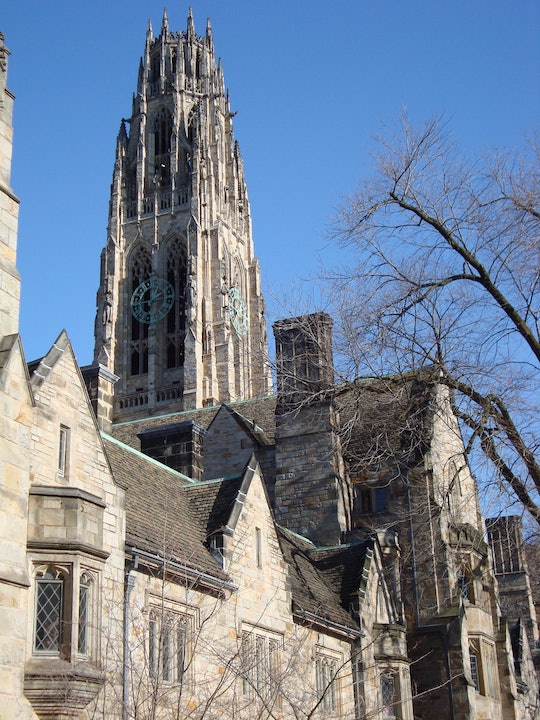 The bubbling racial tensions at Yale University over the past weeks came to a head today when racist signs were found on Yale’s campus. Today, the university’s administration sent an email to students saying that they had obtained video footage and that while no Yale students were involved in their placement, the signs displayed messages like “All Lives Matter” and “No More Dead Black Children” on the front, but on the back were “references to black criminality, rape, and violence,” according to the Yale Daily News. The signs were first spotted by two students and then later removed by others Tuesday evening. University police reportedly traced the signs back to a Facebook page of a self described comedy group named Million Dollar Extreme, which purports to make comedy for “TV for indigo children, convicted felons, pro-dommes, and outcasts,” according to their profile page.

The University condemns these messages, which are an affront to us all. As President Salovey and I wrote just a short time ago, Yale embraces our community’s diversity, and it is committed to increasing, supporting and respecting that diversity; it is what makes our campus such a vibrant and dynamic place, built on mutual respect.

Yale students have been demonstrating since late October after a faculty email warned students of wearing Halloween costumes that could offend minorities and a fraternity allegedly held a party for “whites only.” A Yale senior named Aaron Lewis wrote on Medium this week that the Yale protests were about much than Halloween and frat parties, though:

They’re about a mismatch between the Yale we find in admissions brochures and the Yale we experience every day. They’re about real experiences with racism on this campus that have gone unacknowledged for far too long. The university sells itself as a welcoming and inclusive place for people of all backgrounds. Unfortunately, it often isn’t.

It’s not just at Yale either, students at the University of Missouri have been protesting all semester, too. This week, Mizzou managed to force the resignation of both their university president and school chancellor. Today, students at Ithaca College took part in a “Solidarity Walkout.” Their demonstration, too, was addressing growing concerns of racism on campus.

As of tonight, the signs in question at Yale have been removed. But it looks like students are just getting started, nationwide.