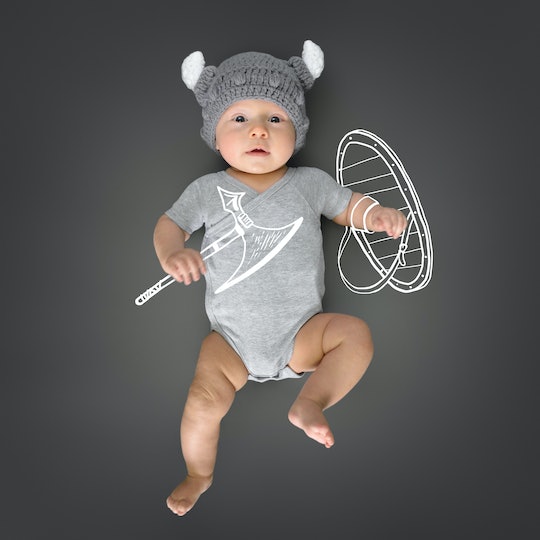 Do you sometimes look at your baby as he launches an entire bowl of peas at the wall with brute toddler force, and imagine him standing at the helm of a ship in a horned helmet, issuing commands for ice cream raids? Or when your little one crawls onto the "Mommy and Me" play-mat with a shriek and a snarl, like she's seizing new land, do you occasionally feel as if you’re raising a Scandinavian pirate from the 790s? Yes? Well, here are five signs that you may in fact be raising a Viking baby.

The Happiest Baby blog lists four main baby personality types. There’s the even-tempered “Walk in the Park” baby, the sensitive “Fragile As Crystal” baby, the intense bebe with a demeanor that boils between “Passion and Explosion," and there’s the fussy baby — or as they diplomatically put it, “The Little Baby With a Big Personality.” But what about the fiercely independent baby who wants to give her broken toys a Viking burial at sea? And by sea, I of course mean the toilet.

Let us explore the different traits of a Viking baby, shall we? If anything, it's a good excuse to peruse photos of Travis Fimmel from that show Vikings. Or to rewatch the "What's Opera Doc" episode of Looney Tunes.