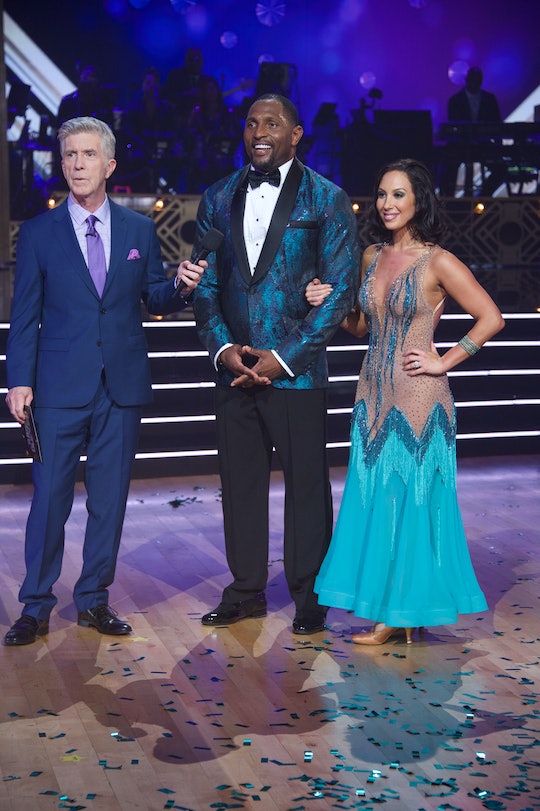 Another Injury On 'DWTS' Season 28 Has Fans Worried

It's official — Dancing With the Stars Season 28 is cursed. First, Christie Brinkley succumbed to an arm injury which took her out of the competition. Now, another celebrity was just taken out of the running for the Mirror Ball trophy. And when Ray Lewis was injured on DWTS, it cut his season short.

At the top of Monday's episode, host Tom Bergeron announced that an "old injury flared up" during one of Ray's rehearsals, which caused him to have to sit out of the competition. It wasn't clear at first if Ray was out for the remainder of the season or just for the week. But because his injury was serious enough to require surgery, he had to pull out on his chance to win the coveted trophy with pro partner Cheryl Burke.

As a former professional athlete, Ray already has a history of injuries, so it's not all that surprising that his training as a DWTS contestant would reignite a former injury he sustained during his NFL career. In fact, a shoulder injury back in 2002 limited his on-field playing for that season, so this isn't the first time Ray has had to step down from an opportunity due to an injury.

It's an unfortunate that an existing injury's flare up has taken Ray out of the competition now. Last week, he was one part of one of the bottom two couples who were in danger of being eliminated. In the end, the judges saved Ray and Cheryl and sent Supremes singer Mary Wilson home instead. It's almost as if that move was for nothing now, due to Ray's injury.

Despite being in one of the bottom two couples last week, Ray was ready to pick himself back up and work hard to move himself and Cheryl from the bottom of the totem pole. After he narrowly missed being eliminated last week, he told Entertainment Tonight that he had experienced not so great football games too, but had always dusted himself off after those experiences too.

Ray explained on DWTS Monday night that he tore a tendon in his foot during a football game in 2010, which took him out of the game at the time. Now, during a recent rehearsal with Cheryl, he hurt the same foot and tore three tendons in three toes. His injury was so severe that he needed surgery and was advised not to continue in the competition. So if Ray was at the top of your DWTS bracket, he lost out on his chance to win this season.

When Ray found out on the show that his original injury contributed to the injury which took him out of the competition, he said he never thought he would be faced with a similar injury as he did when he was still playing football. But, he said, he can leave the season having fulfilled a dream to see what it was like to dance on DWTS.

"I've had some of the best experiences of my life on this show," he said on the show. Unfortunately, this is where his DWTS experiences end.

Following the announcement that Ray is out for the remainder of the season, he took to Instagram to say that while the "Mirror Ball wasn’t in the plan" for him this time around, he plans to dance again once he recovers from his injury. It won't be on DWTS, but Ray's outlook is positive and at this point, that's all fans can hope for.