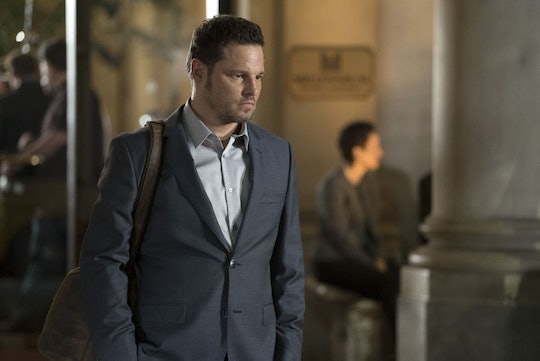 Over the past 13 seasons, Grey's Anatomy has seen a lot of amazing couples. But there are certain ones fans will never forget, including Alex and Izzie. It's no surprise then that when Alex introduced himself to Jo's ex-husband as Alex Stevens fans freaked out. These reactions to "Alex Stevens" on Grey's Anatomy prove fans aren't over this duo.

Alex and Izzie's relationship didn't start that well during the first season of Grey's. Fans will never forget when Izzie ripped off her shirt and made an epic speech about how her breasts and her body paid her way through med school and how she wasn't the least bit ashamed about it. Still, though they got off to a rough start, Alex and Izzie became one of the greatest TV couples of all time.

It was Alex that pulled Izzie away after Denny died, carrying her in his arms while she still wore her prom dress. It was that version of Alex — the nice, kind man we've come to know — that Izzie fell in love with and married after she discovered she had cancer. Alex even fertilized Izzie's eggs before she underwent chemo in case they ever did want to have kids. The two were amazing together, until they weren't, and fans clearly still miss their relationship.

Though it turned out to be a fake out sequence that never actually happened, on Thursday night's episode Alex called himself "Alex Stevens" in an attempt to hide his identity from Jo's abusive ex-husband. Naturally, fans made the connection to Izzie whose last name was Stevens.

Fans couldn't help but wonder if Alex still thinks about Izzie and that's why he decided to use her name. Could he still love her? Is there still a chance for them even though they got divorced so long ago and the odds of Katherine Heigel ever reprising that role is slim to none? Or was it just a simple callback to Izzie and their relationship together?

It's hard to say for sure, but whatever the reasoning for the use of Izzie's last name, it got fans very riled up. Some fans absolutely loved it, while others felt sad at the memories of all the happy times between Izzie and Alex before they split up. Others were upset at the mention of Izzie at all. It's clear there's still some anger towards her after she left Alex and then sent him the divorce papers in the mail.