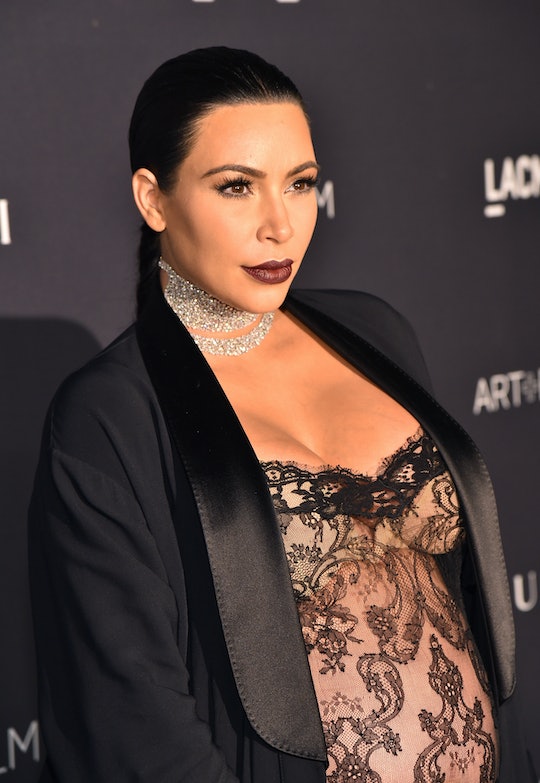 After months of anticipation and despite a Dec. 25 due date, Kimye's baby boy arrived Saturday morning, and unsurprisingly, Twitter immediately filled with reactions to Kim Kardashian's baby news. Lots of people were just spreading the word, while many others offered congratulations, and of course everyone was asking what the baby's name will be. There were memes, there were videos, there was curiosity about what the baby will look like.

The outpouring of support was expected: Kim's second pregnancy has been a major focus pretty much since she announced she was expecting number two, with fans paying close attention to Kim's rocking maternity clothes, her honest reflections on how she feels about being pregnant, and lots of talk of how big sister North is going to feel about the new baby and what she has to teach baby West. But the name — the name! — seemed to be at the top of most people's minds, resulting in a lot of jokes about what directional name baby #2 might get. (A few months back fans suggested that Kim name the baby Easton, but she indicated that Kanye wasn't a fan.)

Here are some of the best tweets Twitter had to offer Kim Kardashian and Kanye West (and North, of course) after their baby arrived Saturday morning:

On What The Name Will Be

On What Baby West Has Been Doing