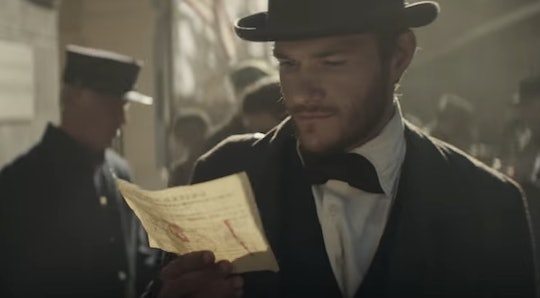 The Super Bowl is just around the corner, and with it comes all the accouterments we've come to expect with Game Day; too much food, too much football (for some of us, anyways), and too many commercials. In the past, Super Bowl commercials have become part of the entertainment; celebrity endorsements, the clever usage of pets, beautiful women holding giant burgers (this one is less entertaining and more annoying), etc. This year though... this year one commercial has a different message, an unexpectedly poignant and important message from a surprising place. So far, the reactions to the Budweiser immigrant commercial are reminders of how far we've come, and how far we are, once again, about to fall if we are not careful.

The 60-second "tale" created by the legendary beer company Anheuser-Busch is called "Born The Hard Way." It tells the story of founder Adolphus Busch and the difficulties he faced when he moved from Germany to America in 1857 with a dream of creating his own beer. The beautifully-shot commercial finds earnest young Adolphus traveling across the ocean by ship only to arrive on the shores of America to find people shouting at him: "You're not wanted here! Go home!" Busch perseveres, making his way to St. Louis, Missouri. He is offered a beer by a local, who shakes his hand and introduces himself. The local man is co-founder Eberhard Anheuser. And the rest is history.

The Anheuser-Busch company issued a statement regarding the commercial, which was released online ahead of Super Bowl Sunday.

This commercial shows the start of Budweiser’s journey, and while it is set in the 1800’s, it’s a story we believe will resonate with today’s entrepreneurial generation -- those who continue to strive for their dreams.

Some reactions to the commercial have been positive.

Others decidedly less so.

While the company denies that the commercial was supposed to be a comment on the current political situation or Trump's temporary refugee ban, the story of Busch does come at an opportune moment in America; it acts as a powerful reminder of the long, illustrious history of immigrants who have helped shape this country.

Anheuser-Busch was creating the pro-immigrant ad before President Trump announced his new executive order to suspend all immigration from seven Muslim-majority countries for the next 90 days. Still, the company decided to use its own co-founder as an example because, as ad executive Mike Byrnes told Entertainment Weekly:

When Budweiser told us they wanted to celebrate those who embody the American spirit, we realized the ultimate story lived within their own brand history. Adolphus Busch is the hero of the Anheuser-Busch American dream story, which makes him the perfect protagonist.

Whether unintentional or deliberate, this commercial feels like something people need right about now. A story of hardship, of xenophobia, of determination.

And ultimately, a story of triumph.