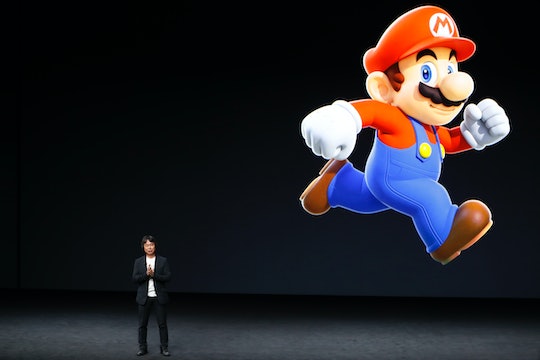 Reactions To The New iPhone Show That No One Likes Change

Every time Apple decides to hold an event to announce new products, Twitter lights up with jokes and complaints. But the immediate reactions to the new iPhone 7 have really proven just how many people hate change — and how resigned Apple users are to just accepting whatever the company throws their way, since there doesn't seem to be any other choice. (Remember, there is another choice, but no iPhone user seems to really consider it, no matter how angry they are about the changes.)

Most of the complaints and hilarious jokes have to do with the removal of the headphone jack on the new iPhone. Once you upgrade, you're going to have to go Lightning. Or use the adaptor and new bluetooth earbuds that Apple will include in the package and then, eventually when they are released in October, buy the $150 Air Pods which are little headphones you have to charge every five hours and have no wire. So they are basically already lost.

Immediately, Twitter jokes abounded and they were, unsurprisingly, great.

On The New AirPods

No One Has The Courage

... And All The Things We Really Wanted

There are good things about the new phone though. The dual camera is supposed to be so much better if you care about the quality of your pics and videos. It's also waterproof, which might (maybe) make up for this headphone jack business. Also, Nintendo announced that it's making a Super Mario Bros. game just for iOS which is delightful news for anyone who is sick of playing Candy Crush or collecting Pokémon. Already, the excitement about the new game caused Nintendo's stock to soar on Wednesday afternoon. In case you were wondering, Apple's stock has remained semi-steady throughout all of the announcements.

Apple also unveiled a new version of the Apple Watch, which many tech insiders seemed to be pretty impressed with. The watch is also water resistant, comes with Pokémon Go, and there's a Nike tie-in, so it even looks a little cooler. The processor is faster and it's now $100 less expensive, retailing for $269, according to The Verge.

As with anything else in life — it's all about balance. Lose a headphone jack, gain Super Mario Bros. and a better camera. It's not all bad.