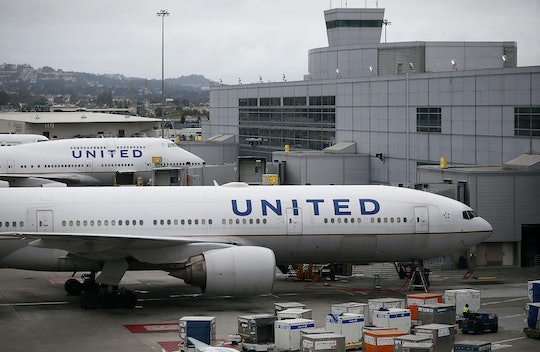 On Monday, the internet exploded into a near-unanimous disapproval of United Airlines, which reportedly ordered a paying customer off a flight because it was overbooked and because United needed room for one of its employees. But the condemnation did not erupt because the man was inconvenienced; instead, angry and disbelieving reactions to the United passenger removal incident were swift and strong because of video of the man's removal from the flight. In the videos, the man is seen shrieking as law enforcement officers yank him from his window seat. Then, he appears to fall unconscious as he is dragged down the aisle and out of the plane.

In a statement Monday, United Airlines CEO Oscar Munoz apologized for "having to re-accommodate these customers":

This is an upsetting event to all of us here at United. I apologize for having to re-accommodate these customers. Our team is moving with a sense of urgency to work with the authorities and conduct our own detailed review of what happened. We are also reaching out to this passenger to talk directly to him and further address and resolve this situation.

According to The Washington Post, passengers had already boarded the Louisville-bound flight at Chicago’s O’Hare International Airport when an airline supervisor informed the travelers that four of them must exit the plane so that United employees could have their seats. No one volunteered, so airline personnel reportedly selected passengers and asked them to deplane.

Some left when asked. One reportedly refused, stating that he was a doctor who needed to work at the hospital the next day, fellow passenger Jayse D. Anspach wrote on Twitter. Eventually, three law enforcement officials were reportedly called onto the plane, where they apparently caused his face to strike an armrest as they wrested him from his seat, according to NPR.

Anspach's video of the encounter captured both the outrage of the other travelers and the man's distress, as the officers ultimately dragged him down the aisle, his glasses out of place and belly exposed.

Maddie King, a spokesperson for United, confirmed to Romper that the airline had, in fact, requested that four passengers leave the plane, and that one declined to do so. King said that when deciding which passengers to remove from the flight, airline officials followed Department of Transportation procedures that some passengers, such as unaccompanied minors and those flying with young children, get priority to stay. In response to the witness report, published in The Washington Post, that the man had become angry because he felt as though he had been selected because he was Chinese, King answered unequivocally: "We don’t discriminate and we don’t tolerate discrimination, so that would not have been a consideration," she told Romper.

King declined to respond to the sentiment among some Twitter users that they would no be flying United anymore. Still, this conviction was out in force after reports and videos of the Sunday afternoon confrontation surfaced.

Some believe that the company handled the situation in the worst possible way.

According to NBC News, the man reentered the plane minutes after his forcible ejection. Fellow passenger Tyler Bridges described him as "dazed, bloodied," and "a mess" and recalled that the man had said that he needed to get home. The man resisted the whole time and was reportedly again removed from the plane — this time, on a stretcher. The flight was ultimately delayed for three hours.

The general feeling among passengers on the plane, Bridges said, was that the man had been wronged. Even for those who weren't there, it came off as terrifying.

The incident even inspired poetry.

It also inspired some to prepare for a flights in unusual ways.

And this isn't the only recent time United made the news. Just last month, the airline caught serious flack for refusing to allow three young girls to board a flight because they were wearing leggings. The girls were reportedly flying on employee vouchers, which require that flyers be dressed in nice clothes.