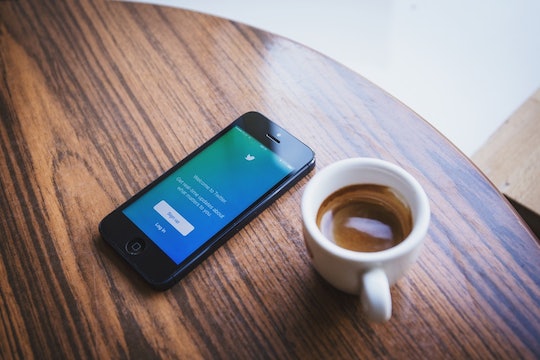 After the dean of the University of Chicago sent a letter to incoming freshman, the class of 2020 took to social media to share the proclamation that the college wouldn't support safe spaces or trigger warnings. The reactions to the University of Chicago's safe-space ban proves that there's still no consensus — some believe that the college is right to protect any and all freedom of expression for its student body, but others worry that the ban helps to mask hate speech or ill-informed speech by labeling it "discourse."

Others have pointed out that many — not just the University of Chicago — don't actually understand what the terms "safe-space" and "trigger warning" are meant to refer to, and that blanket bans of either, in any setting, could have devastating consequences for the communities who rely on them to heal from trauma.

People who are in the process of recovering from a mental illness, such as anorexia nervosa, or dealing with the aftermath of a violent trauma, such as rape, often rely on trigger warnings to help them avoid stimulus they aren't prepared to confront yet. They may be working closely with therapists, social supports, and family to help them re-acclimate to the world after experiencing trauma, but having to engage with frightening stimuli, which may be extremely detrimental to their recovery especially if they are suffering from Post Traumatic Stress Disorder, before they're ready can be, at best, counter-productive.

Many worry that the University of Chicago's decision not to support safe spaces or trigger warnings on campus is just a reflection of a more pervasive cultural attitude that continues to stigmatize the mentally ill, while at the same time, invalidating the steps those in these communities have taken to try to heal. Such as, creating safe spaces or utilizing trigger warnings when and where they can.

Safe spaces were not originally designed to be lived in permanently, hiding away from the "tough realities" of the world. Nor were trigger warnings originally intended to be a lifelong strategy for avoiding tough decisions, conversations or truths. When they first became recognized in mainstream culture, they were meant to be tools for learning to rebuild a life and regain a semblance of control after experiencing a trauma that has shaken the foundation of a person's life.

Some insist the school has made the right choice, forcing students to confront dialogues, ideas or discussions that they may find uncomfortable (which the new, more broad definition of a safe space would otherwise shield them from):

Many have opined on Twitter that, beyond the misunderstanding of the terms, calling for an outright ban of them isn't free speech at all. In fact, it's quite the opposite: