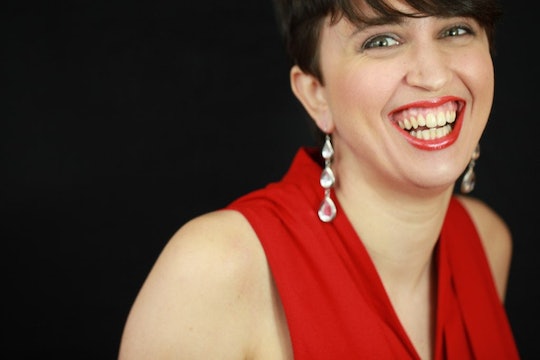 Why This Woman Is Working Toward Real Change

How old are your kids?: 4 years old

What resolution do you think you're supposed to make? Why do you feel this way?: I think I'm supposed to resolve to be healthier or more responsible. Take up running or eat less bacon or maintain Inbox Zero. Most resolutions are about these kinds of measures — things that, sure, if you stuck to them, might improve your life, but often have very little to do with our core values and desires. They're often not the things we want, but the things we think we're supposed to want.

What's your actual resolution this year, and why?: I resolve to fight back against the Trump administration as hard as I can. I resolve to do something every day of my life to combat his agenda of hate, even if it's just signing a petition. My own personal life — yoga attendance, bacon consumption, number of messages in my inbox — pales in comparison to the importance of pushing back. Of making sure my son has a planet to inhabit in 30 years, and that he can maintain his basic human rights.

What's the one resolution you won't make again?: In past years I've made, like, seven resolutions at once. That's just not possible. We overestimate ourselves. One thing at a time.

I want my son and his daddies to feel safe. Full stop. I honestly don't think that's going to happen as long as Trump is president. But it's all I want in the world.

What's one thing in your life you want to change but don't feel like you can?: I have scratched and picked my skin since I was a child; I have eczema and excoriation disorder. I resolve on pretty much a daily basis to stop scratching and picking. Sometimes my skin clears up for a while and I do stop. But mostly I scratch and pick my skin everyday.

What's one thing you did or didn't do last year that you forgive yourself for?: Once I left my day job and started working from home, my personal fitness levels plummeted. I used to bike at least a little bit a few days a week; now I barely leave the house. It's fine. I've been trying to figure out my rhythm and, surprise, surprise, I didn't get it all perfect. It's something I'd like to change, but it's not as important to me as the political work and activism.

Do you tell your kids your resolution? Why or why not?: Nah. My son doesn't live with me (I'm his birth mother; he lives with a gay couple in an open adoption), so there's less time for it to come up. It's possible that I might tell him; his daddies have already explained to him why they don't like Trump (as much as you can explain to a 4 year old), so I might say something like, "I've been calling up the important people in charge to make sure that the president can't do too many bad things."

What specifically do you want for your kids this year?: I want my son and his daddies to feel safe. Full stop. I honestly don't think that's going to happen as long as Trump is president. But it's all I want in the world.

All photos used with permission from the child's parents.