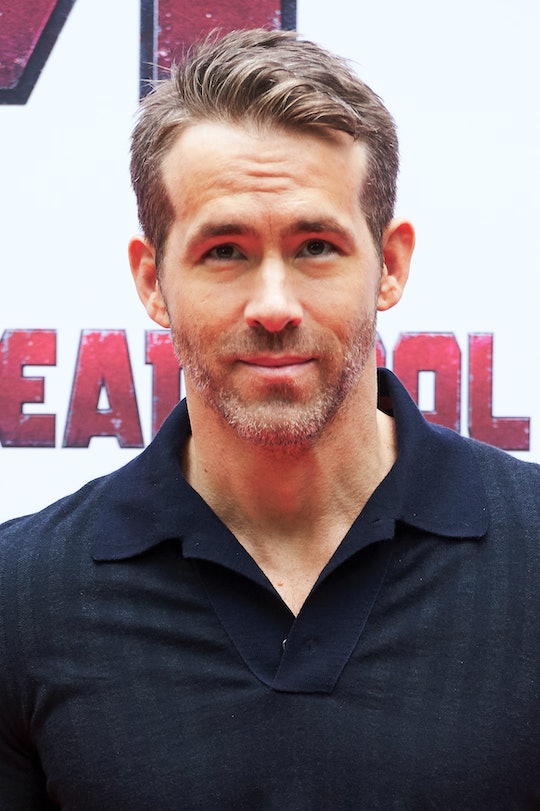 Being a parent is a pretty intense challenge, for a number of reasons. But when you mix in the difficulties of being in the limelight, parenting gets a lot more tricky, something a certain foul-mouthed superhero knows all too well. Yeah, Ryan Reynolds' reason for not wanting his daughters in show business makes total sense, and it's something that parents everywhere can relate to, regardless of whether or not they're part of the Hollywood scene.

As you probably already know, Reynolds is busy promoting his latest film, Deadpool 2, and so he's doing a lot more interviews now than usual. But, having been in the acting business for so long, and knowing first-hand how grueling it can be, Reynolds is also an expert on the logistics that go into show business. That's what makes it understandable that he doesn't exactly want the same kind of life for his own children. Reynolds, who shares daughters James and Ines with wife/goddess Blake Lively, recently opened up to Good Morning America about how they are raising their kids.

"You don't want them to go into show business?" host George Stephanopoulos asked the actor, to which Reynold's simply replied, "Mostly because I’m against child abuse," according to People.

OK, OK, obviously Reynolds was joking that child acting was akin to child abuse (hopefully, anyway) -- but still, his point remains. "Show business, for a little kid, that’s a crazy pursuit," he went on to explain to Stephanopoulos, speaking with conviction. Considering the lengths that Reynolds and his wife go to in order to protect the privacy of their daughters, his determination to avoid his children becoming big Hollywood stars makes a lot of sense.

"Acting is great. Theater school, that kind of [thing] — amazing," he said, making his point even more clear. That there is a way for kids to get creative without having the pressures of show business haunting their every move. "I don't know why you would put your kid in show business," he concluded.

But, just because he doesn't want his daughters to go into show business doesn't mean that they'll listen to him. After all, his older daughter, 3-year-old James, has already launched a pretty exciting singing career with a feature on none other than Taylor Swift's new album. Yeah, little James is kind of a big deal. And, as Reynolds said, it's become an even bigger deal at home. "That was a voice memo that ended up on a [Taylor Swift] song. It's pretty amazing," he said, according to Us Weekly. "My daughter has a really, really terrible ego problem now after that song."

Really, though, Reynolds not wanting his daughters to go into show business comes from the father's pure love for his children. As he said on the Deadpool 2 red carpet, being a total love-bug is like second nature to the 41-year-old. Comparing himself to his character in the movie, Reynolds said, "Oh, I'm a little more [sentimental]. I can lay it on pretty thick. I've always been sentimental — since I was a kid," on the red carpet, per People. So, although his jokes and pranks might lead you to believe otherwise, Reynolds is totally devoted to his wife and kids. In fact, he just wants whats best for them and, according to him, that doesn't include getting into the limelight at too young an age.

Of course, Reynolds will be well-equipped if his daughters do decide to go into show business as he'll be able to give them plenty of advice — and criticism. Seriously, Reynolds is a master at constructive (and hilarious) criticism. When James first started learning how to draw, he jokingly tweeted that her new skill wasn't exactly doing her any favors. "My daughter's only 6 months old and already drawing. I'd hang it on the fridge but honestly, it's absolute garbage."

Obviously, Reynolds has got the whole "dad" thing down pat.