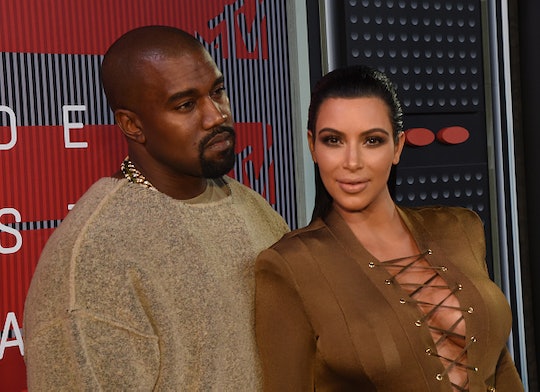 Saint West Shares His Name With These 5 Notable Saints

Though Kim Kardashian only gave birth to her second child a few days ago, fans have been wondering for months what she would name the baby. And they finally got their answer. Today, the reality star announced on her website that she named her second son Saint West. And though many may think this is an 100 percent original moniker, it turns out Saint West shares his name with several famous people.

As with any Kardashian news, fans quickly began offering their opinions on the name Saint West. Though there were a few people who threw shade to Kanye West for the choice, most people have been supportive of the seemingly sweet moniker. And why shouldn't they? Saint is a simple name that pacts a powerful meaning on it's own. But it may hold special significance for Kardashian. Given her difficult pregnancy, which included the baby being breech before a procedure corrected the baby's position, she and West may consider the baby their own special miracle. . . or saint. Can we fault them for that?

But if people do decide to pick on Saint West's first name, he'll have plenty of fellow Saints to defend his moniker. And no, I'm not talking about the one your uber Catholic grandmother prays to on a nightly basis. Here are five other notable Saints who are sure to have this baby's back.