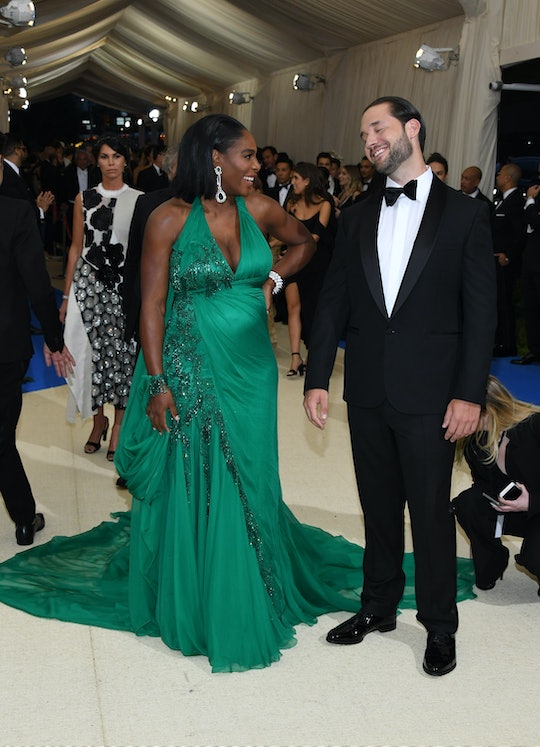 Everyone knows that women will get pregnancy cravings, but it's not until you experience them first hand that you truly understand how intense they are. Just look at Alexis Ohanian's response to Serena Williams' pregnancy cravings — he's totally shocked by them. Women will want different kinds of foods and a lot of them really don't make any sense to other people, so it's easy to see where Ohanian is coming from. Especially since her cravings are so, well, healthy.

He posted a video to Instagram while shopping at Publix on an errand for Williams. Ohanian says in the video:

It’s Friday night, I’m at Publix, going shopping ’cause my fiancé has cravings. I was told there would be cravings. I was not told they would be these. Zucchini, asparagus and…what’s this one called again? Artichoke. There we go. Really? These are her cravings. It’s amazing.

Not that that's anything to be ashamed of, but where's the chocolate? The super salty pickles? No cookies? What gives, Serena?

In July, the tennis champion told E! News that she wasn't having any real "cravings" but was trying to eat as well-balanced as possible. So who knows if she was really craving that artichoke or just hungry for her regularly scheduled dinner. Either way, it's pretty adorable that she had her partner running around for her. Celebs, just like us, right?

Williams said that she felt she was missing out on the cravings, but believed it made her pregnancy a little easier. She added at the time, "I have just been trying to eat healthy and stay fit and definitely eating healthier than I normally do. Its pretty backwards."

The 35-year-old athlete has been very open about her whole pregnancy experience, even telling Vogue in her cover story interview that she was really nervous about being a "good enough" mom. Though if she keeps up this veggie habit, she's already ahead of the game. Maybe her kid will just automatically be into zucchini and leafy greens from the start. (Which, actually, some doctors think can really happen.)

Other than steaming veggies, Serena has been just soaking up being pregnant. She said earlier this summer:

I have been really fortunate and I have had a really good pregnancy, and everything has just been really good. Sometimes I am walking in my house, and I'm like, 'I really like being pregnant.' I never thought I would say that. I am definitely [the type] that enjoys it.

That is fortunate, since many women don't enjoy the process. Or have partners willing to run to Publix late at night and pick the freshest veggies out for them. With all that love in the family, that baby is one lucky kid.