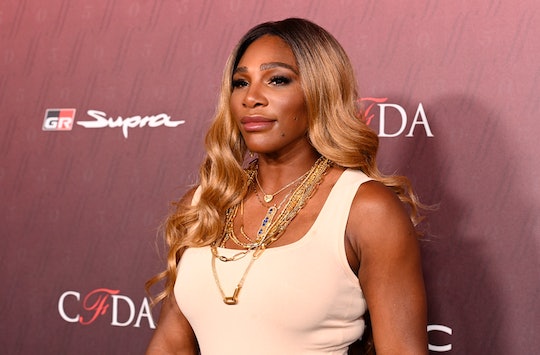 So Regular Guys Can't Win A Tennis Point From Serena Williams, Surprising No One

I don't know if you guys heard but Serena Williams is kind of a big deal in tennis. Since she and her sister Venus Williams started their tennis careers in the mid-90s, Serena has become one of the most successful players in the history of the game if not the most successful. She has won 23 Grand Slam titles, beating 12 players who held number one titles a total of seven times (including her sister Venus). And yet, there are apparently some dudes out there who are skeptical about her talents. That's okay, because Serena Williams responded to men who think they can beat her at tennis with a viral video that is truly a gift to us all. Including the men she played against.

Last week international data and analytics group YouGov polled people in the United Kingdom to see if they thought they could score a point against Williams in tennis. The question was, "Do you think if you were playing your very best tennis, you could win a point off Serena Williams?" To be fair, the majority of men and women were like, LOL of course not. A few said they weren't exactly sure. But finally, only 3 percent of women said they could win a point against Williams. While one out of eight men figured they were up for the challenge.

Well bad news fellas. It's Black Culture shared a video on Friday that has since gone viral of Williams playing tennis against multiple guys at once and obviously there is simply no contest.

In the video, several men simply attempt to return Williams' serve. That's it. And apparently even that is just too much. One man says in confusion, "She put some spin on it and it went further out here than I was ready for." Another gets excited when his racket happens to make slight contact with the ball,

The entire time Serena Williams is laughing it up and barely looks like she's even trying. As It's Black Culture noted in a tweet, "To all the non-tennis playing men who think they can win a point against Serena, watch this... "

People on social media are loving it, perhaps especially since all involved (williams and the men) are clearly having a great time and the men have zero ego about getting owned by Williams.

Also please enjoy Serena Williams hitting one guy in the back with a water balloon. She certainly seems to love it.

Of course, some tennis-playing men have made it very clear repeatedly that they believe Serena Williams is one of the best players in history. In 2017 British tennis player Andy Murray made headlines when he corrected a journalist who referred to American tennis player Sam Querry as the "first US player to reach a major semi-final since 2009." Murray quickly reminded him, "First male player," as Williams (and several other female tennis players) had already reached a major semi-final and is, of course, American, as per Huff Post.

I hope those men who were so sure they could win a point off Serena Williams will take their cue from Williams and also from the men she played against in this video. These are men who aren't threatened by a powerful woman. They celebrate it, the way we are all supposed to.