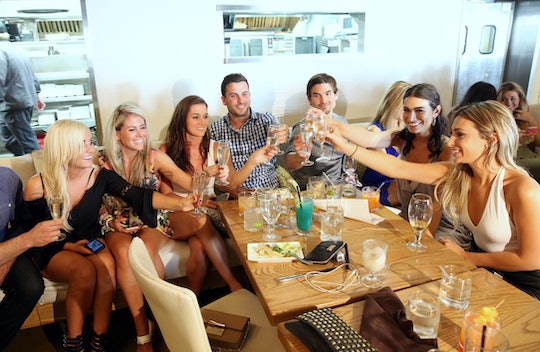 It's Time For The 'Bachelor' Franchise To Start Making Change

It’s hard to believe it has been 17 years since the first episode of The Bachelor premiered. If that doesn’t hit home, host Chris Harrison’s oldest child was only 6 weeks old when the show first aired: now he’s almost old enough to compete. For nearly two decades the show has grown into something bigger than anyone could have imagined, with millions of people tuning in every week nearly all year long thanks to spin-offs such as The Bachelorette and Bachelor In Paradise. Studies have shown that people enjoy watching reality shows because there is a level of relatability. But as the glaring lack of representation on television has become more apparent, it has become harder for audiences to relate to shows such as The Bachelor, which are populated by a largely homogeneous cast of characters year after year. If it is to continue its infinite run, there are several things that need to change about The Bachelor franchise.

The Bachelor franchise has received strong backlash for not representing a variety of cultures on the show. In 2012, two hopeful contestants brought a lawsuit against the popular dating show for not representing enough minorities. The case was later dismissed after a judge ruled it would be against the show’s First Amendment right to dictate who producers have to cast. However, the following season provided better representation by casting at least six minorities as contestants on both The Bachelor and The Bachelorette. It wasn’t until 2017 — the 13th season of The Bachelorette — that the show had its first woman of color, Rachel Lindsay, as the leading lady.

On the Season 6 premiere episode of Bachelor In Paradise, we saw Demi Burnett come out as sexually fluid. She is not the first of Bachelor Nation to come out as queer — that was Jaimi King from Bachelor In Paradise Season 4 — but nonetheless had to deal with a lot of trolls on Twitter. Some people have even gone as far as suggesting separate dating shows for LGBTQ+ contestants.

Having openly queer women is a big stride forward for the franchise. But so far it has only happened twice, and only on Bachelor in Paradise. Producing LGBTQ+ inclusive seasons of The Bachelor or The Bachelorette would in itself open the show up to a wider range of competitors, and push forward our ideas about romance, because the show is, after all, promising a love story.

2. Spoilers Are Near Impossible To Avoid

Between websites such as Reality Steve blowing plot secrets and ex-girlfriends exposing the men of Hannah Brown’s season, there are very few fans who didn’t know who would be getting down on one knee in the end. During Colton Underwood’s season, at least one spoiler was leaked on Snapchat, but even that was about a contestant who went home and was not the winner.

Let’s break it down: The Bachelor first premiered back in 2002, well before social media saw us begin to live our lives online. Facebook was created in 2004, followed by Twitter in 2006, and, of course, Instagram in 2010. With access to these apps in everyone’s hands at all times now, the digital footprint of every competitor’s circle is hard to tamp down, and spoilers move at the speed of light. But to create a compelling show, producers need to work harder to keep things hush-hush.

For example, social media plays a large role in the drama on Bachelor in Paradise’s Season 6. Several relationships that allegedly started prior to filming were revealed, and it was all thanks to Instagram. Fans on podcasts, such as The Snatchelor, have suggested stricter rules on social media with contestants, filming shows with less down time between seasons, and starting a new show with a more Big Brother feel — all in hopes of being able to avoid spoilers that circulate the internet each season.

3. Stop Staging The Romance & Let It Be

If you enjoy The Bachelor and you haven’t seen the show UnREAL, I highly suggest it. It is a scripted TV show on Lifetime about the behind-the-scenes of a reality dating show. You can’t help but wonder how much of that show was taken from real situations from, say, The Bachelor. The show was created by a former Bachelor producer, after all.

Producers can be control freaks — take it from a former news producer herself. They need to know what is happening, how, and when it will all take place. One of their biggest goals is to keep the viewers attention. On UnREAL, that means meddling with possible outcomes by encouraging women to do things they wouldn’t consider and to talk about things they don’t want to. There were rumors of situations like this happening on The Bachelor long before UnREAL graced our TV screens. Although some creative control is needed for certain situations, such as how contestants exit their limos, editing scenes to mislead viewers about what contestants are saying or are upset about is not OK. There needs to be a way producers can still make great TV without misconstruing what is actually happening inside the mansion.

Fans have also pointed fingers at Bachelor in Paradise producers for editing in the drama between Caelynn Miller-Keyes and Blake Horstmann. In a recent episode, the two have an argument on the beach due to Caelynn accusing Blake of “ghosting” her after they allegedly hooked up at Stagecoach. The drama was then taken off screen to social media, where Blake posted allegedly private text messages between the two in an attempt to prove that they were not in a relationship. In a lengthy Instagram post, Caelynn said things were taken out of context on the show and that a large part of the story is missing. This begs the question: How much will producers do for a juicy storyline?

Reality TV has changed a lot since 2002; viewers are much more aware of what is real and what isn’t. Fans find it easier to feel they are a part of their favorite shows by joining the conversation online, which also allows them to feel like they are a part of a community. It also allows an opportunity for reality stars to become role models — if they choose to use their influence in a positive format. Which they often do.

In an interview with BUILD Series, Lindsay says she agreed to become the first black Bachelorette so she could use her platform to offer a positive portrayal of herself as an African American woman. Lindsay represented a piece of reality that had yet to be displayed on the Bachelor/ette franchise, which in turn allowed more young women the ability to relate to her.

As the longest-running reality dating show, it is The Bachelor’s responsibility to bring that honesty and reality into our homes — before we finally lose interest.