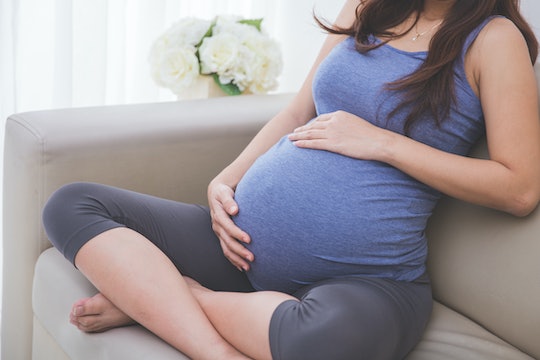 Researchers are continuously exploring the symptoms and causes of autism. And while there is no one known cause behind the disorder, a new Kaiser Permanente study has found that children of pregnant women who suffer from severe morning sickness may have a higher risk of autism.

To be clear, researchers did not find a link between the normal forms of morning sickness that at least 70 percent of pregnant people are reported by March of Dimes to experience in the first trimester. Rather, the new Kaiser Permanente study published Thursday in The American Journal of Perinatology found that children born to mothers who had been diagnosed with hyperemesis gravidarum — a severe form of morning sickness that affects less than 5 percent of pregnancies, researchers explain — were 53 percent more likely to be diagnosed with Autism Spectrum Disorder.

Autism Spectrum Disorder, known also as autism, is a developmental disability reported to affect roughly 1 in 59 children, according to a 2018 report from the U.S. Centers for Disease Control and Prevention (CDC). It can cause social, communication, and behavior challenges in those diagnosed, leading them to sometimes communicate, behave, learn, or socialize in different ways.

What's Behind The Link?

So what's behind the potential link between severe morning sickness and autism? According to the study, medications commonly prescribed to treat hyperemesis gravidarum were not found to have an effect on autism risk, leading researchers to believe the associated link is due more to nutrition.

As the Mayo Clinic has noted, the severe nausea and vomiting associated with hyperemesis gravidarum may cause dehydration, inadequate nutrition, and the loss of more than 5 percent of an individual's pre-pregnancy body weight.

"Malnutrition during pregnancy, even if limited to a few weeks or months, can lead to fetal nutrient deficiencies at a vulnerable period in organ development, increasing risk for long-term adverse health outcomes," Kaiser Permanente's researchers noted in their report. They also noted that because hyperemesis gravidarum can be a cause of maternal malnutrition, it "may have a profound effect on fetal brain development."

Why Do These Results Matter?

Dr. Darios Getahun, a perinatal and pediatric epidemiologist in Kaiser Permanente Southern California's Department of Research and Evaluation and the study's lead author, hailed the study's results as significant, noting that they suggested "children born to women with hyperemesis may be at an increased risk of autism," in a press release. "Awareness of this association may create the opportunity for earlier diagnosis and intervention in children at risk of autism," he said.

While the majority of pregnant people won't experience hyperemesis gravidarum, research like this study, may shed light on the potential long-term effects such severe morning sickness can have on children's health. And knowing about things such as link between hyperemesis gravidarum and increased autism risk, may give doctors, and parents, a leg up when it comes to diagnosing Autism Spectrum Disorder.