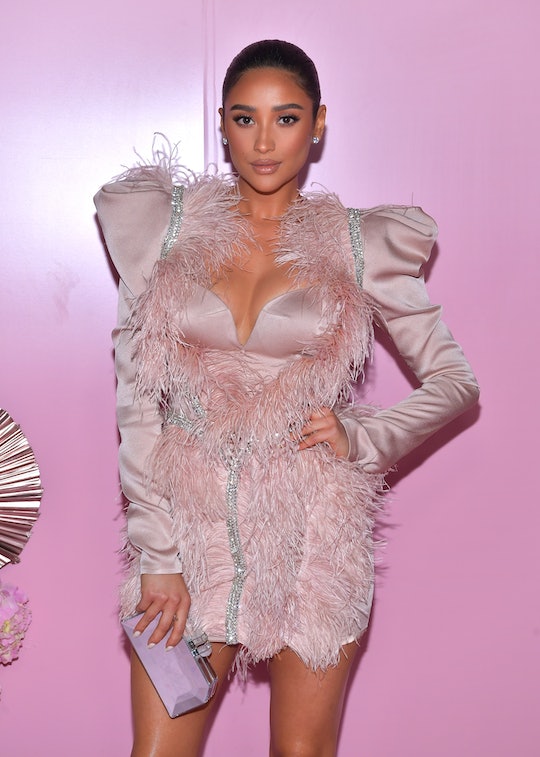 Shay Mitchell's Baby Shower Had Strippers & Lap Dances, Because Why Not?

Shay Mitchell is all about embracing pregnancy on her own terms. The Pretty Little Liars star is expecting her first baby later this year, and she has really embraced putting her own personal spin on the process. Take baby showers, for instance. If you asked me what I did for my baby shower, I probably couldn't tell you, but I think it involved diapers and gift certificates. That simply would not do for this expectant mom, however, As for Shay Mitchell's baby shower? Well, it involved strippers and lap dances, and now I'm wondering why I didn't realize this could be a thing. Mitchell is revolutionizing the whole process, folks.

Mitchell first announced she's pregnant with her first child at the end of June, revealing the news via a gorgeous nude photo shoot exposing her 6-month baby bump. The You star had already experienced a difficult miscarriage in 2018, which she shared with her social media followers on New Year's Day. Now that she is further along in her pregnancy, Mitchell is all about celebrating her baby. She even has a YouTube series called Almost Ready, that follows her through the pregnancy process. And luckily for all of us, her recent baby shower was captured for the series. As it turns out, Mitchell and her friends caught a Magic Men Live! show in honor of her impending motherhood.

In the video, Mitchell is joined by a group of friends and well-wishers who clearly want to make her baby shower memorable. And what better way to do that than by watching some beautiful men grind o stage, especially when you get welcomed up for some personal attention? As Mitchell noted in the video, the excitement level was so high that there could have potentially been an interesting side effect while she enjoyed a lap dance. "Oh, my God, I’m going into f–king labor," she joked, according to Us Weekly.

By the way, she didn't go into labor. She was too busy passing out liquor-filled baby bottles to her friends and having the time of her life, which is very on-brand for Mitchell. Since her June announcement, for example, she has unabashedly done things her own way. Whether that means posting a video explaining why she had to wear a diaper to work (bathrooms were too far apart on set so she would just pee in her pants if needed) or have her boyfriend wear a birth simulator when he questioned whether she should have an epidural, according to People, Mitchell is not afraid of getting down and dirty with her pregnancy.

I'm excited to see Shay Mitchell become a mother in the coming months, just like I'm sure all of her followers are thrilled. But I must admit, I will miss her pregnancy posts.

They've been so educational... especially when it comes to baby showers with male dancers. Well-played, mama.