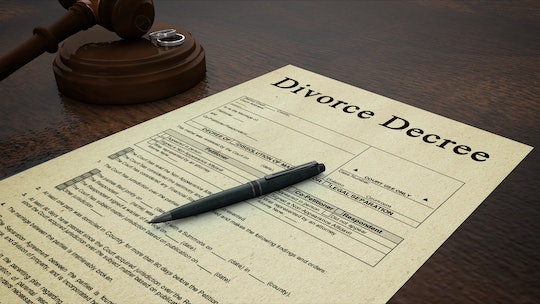 Should I Get a Divorce? 7 Signs It May Be Time to Separate From Your Partner

As part of one of the many U.S. marriages that end in divorce, I can tell you firsthand that getting married was much easier than the subsequent uncoupling. But even more difficult than dealing with the forms, attorney fees, and gamut of negative emotions, was wondering whether or not I should get a divorce. I agonized over it. Was it a huge mistake, something I would regret for the rest of my life? Was I a failure? What would my family think? I spent my days searching for signs that I was making the right decision.

There isn’t always just one catastrophic event that causes a divorce. More often than note, the signs you should get a divorce are there for a long time but it takes a while for them push you past your tipping point. And divorce is never something that should be decided upon lightly, especially when children are involved. Telling your spouse “I’ve had it!” or “That’s it, we’re through!” can feel oddly therapeutic and seem like a quick fix to your problems, but ultimatums are rarely the answer. After all, your marriage vows meant something at some point, and you shouldn’t throw them away without at least trying to fix the relationship. That being said, some marriages can’t be mended and are meant to end (hopefully on peaceful terms). If you’re wondering whether you should put an end to your marriage, here are seven signs that divorce really may be the right option for you and your spouse.

More Like This
My Divorce Devastated Me. How Do I Make Room For My Permanent Grief & Move Forward With My Life?
What Is Emotional Cheating? Experts Explain
Here's Why Your Vagina Burns After Sex
Your Guide To Love Languages: Words Of Affirmation
What Parents Are Talking About — Delivered Straight To Your Inbox