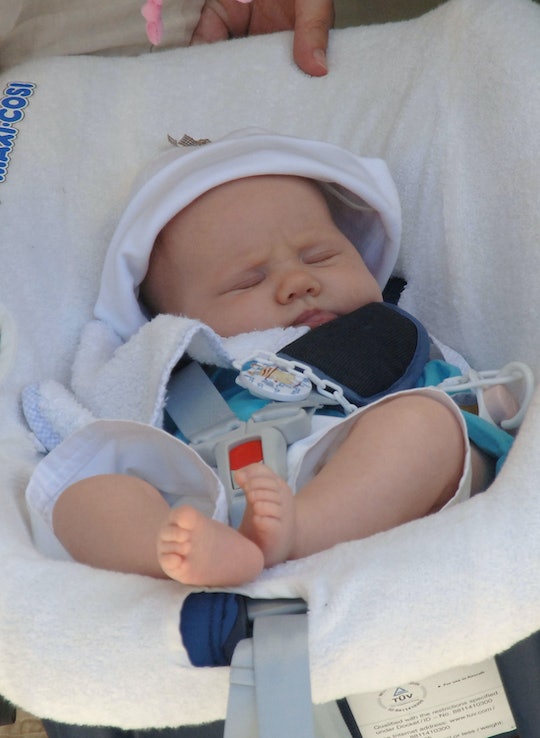 How Sleep May Help Your Baby's Memory

According to a new study, even the slightest bit of sleep can help a baby's memory, which is even more reason to try to get an infant down for a nap as much as possible. Better yet, it's amazing news for exhausted parents everywhere. (I see you yawning out there.)

Researchers at the University of Oxford recently tested infants as young as 6 months old by showing them one of two cartoon characters with memorable faces. Then they let some of the infants nap and kept others awake. The babies that were allowed to take a 2 hour nap after being shown the pictures were able to recall the images much better than the babies that didn't sleep.

Of course, an infant can't talk or point on command. But the researchers were able to trace the infants' gaze. The ones who napped looked directly at the image they were shown after they snoozed. The ones who didn't nap looked randomly at both pictures, which the researchers took to mean that they totally forgot what they had seen before and were enjoying the images as new things to look at.

Dr. Klara Horvath, who conducted the study, told Reuters, "It seems for them having a short period of sleep is necessary to be able to consolidate memories, otherwise they just forget the newly learned information."

Sleep is apparently great for a baby's memory and cognitive development all around. During the study, Horvath's team also looked at the babies' sleep spindles, which are spikes in brain activity that doctor's think help keep memory intact. The napping babies with the most sleep spindles also recognized the images quicker than the other napping babies. Which means that sleep can really affect how the brain puts information together.

So a napping baby means that parents can rest (or get chores done) all while baby is getting smarter. Well, not really. Like most studies, this one had its limitations. The sample size was small — only 28 babies were in the nap group and only 15 of those babies had electroencephalogram (EEG) tests readings to check the sleep spindles. Still, it's a good start.

The researchers still aren't sure whether the duration of the nap matters or not. Did the napping babies just manage to retain information for just the 2 hours, or would they still be able to recall it after a full night's sleep? More research needs to be done to determine that, Horvath said.

But if anyone knows anything about sleep and infants, it's Horvath. A study she did in 2016 found that sleep can affect how a child retains vocabulary early on. So although more research has to be done, sleep definitely has its benefits for babies and adults, too — even if it's just an hour or two to take a shower by yourself.