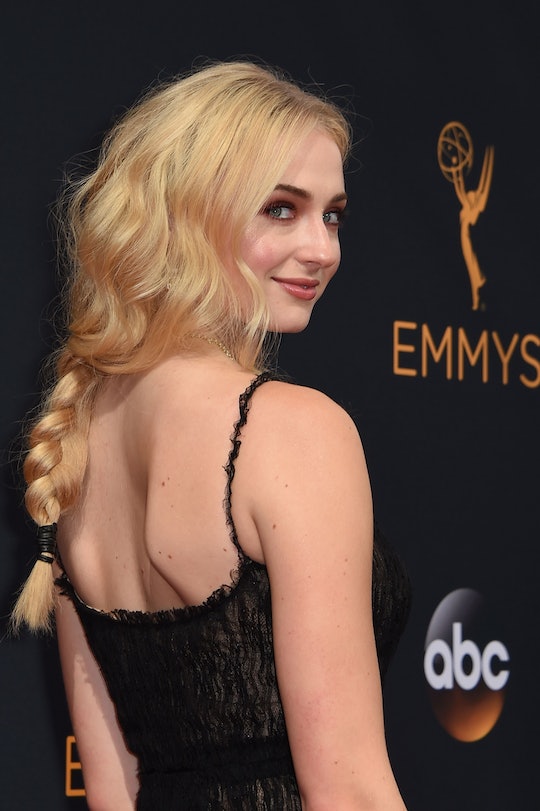 Sophie Turner and Maisie Williams play sisters on the Emmy award-winning Game of Thrones, and it looks like they're probably closer in real life than they have ever been on the show. During an interview with Giuliana Rancic on the 2016 Emmys red carpet, it was revealed that Sophie Turner and Maisie Williams got matching Game of Thrones tattoos. And the ink is pretty special to the on-screen sisters.

According to Turner and Williams, the tattoo commemorates the day they both found out they had been cast in the HBO show. The tattoo reads, in very faint peach writing, "07.08.09." (That's the seventh of August, not the eighth of July, by the way, as in England they write the dates inverse to the way we do it in the United States.) The two didn't know each other at the time, but they both found out that they were cast in the show that was to change their lives on the very same day. Years later, and days before the 2016 Emmys, Turner and Williams decided to get that fateful date tattooed on their inner arms as a tribute to the show that launched their careers to where they are today. Awww. 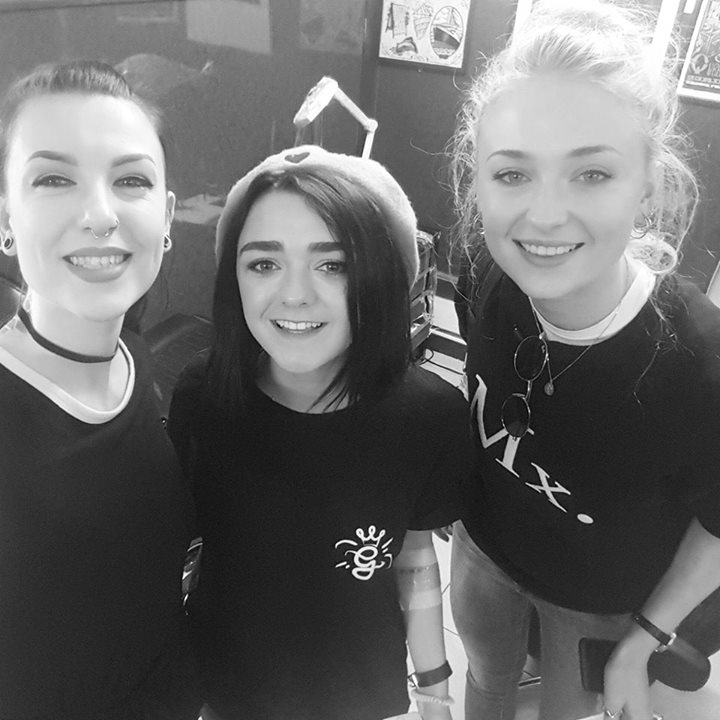 The tattoo was actually first revealed by Williams at the BAFTA Tea Party at The London in California, where she explained the subtle ink and it's significance to Yahoo. Turner, who plays Sansa Stark, revealed her tattoo days later on the Emmys red carpet.

According to Turner, though they both felt the significance of the date of the tattoo, there was an element of spontaneity in getting them done just then. "Let's get this tattoo before anyone kills us," she told Rancic, referring to the fact that either of their characters could get killed off at any moment, in true Game of Thrones style. In my opinion, this is how all great tattoo decisions are made.

It's always heartening to see that one's favorite characters on television are also close to one another in real life. This year, Game of Thrones is up for an unbelievable 23 Emmy nominations, the most nominations of any other show. Williams, along with costars Lena Headley and Emilia Clark, is nominated for Outstanding Supporting Actress in a Drama Series. The past season of Game of Thrones certainly took all of the characters to even darker and more dangerous places than they've ever been before. Fans can rest easy somewhat, however, knowing, as Turner said, that Season 7 will be extremely satisfying to fans.