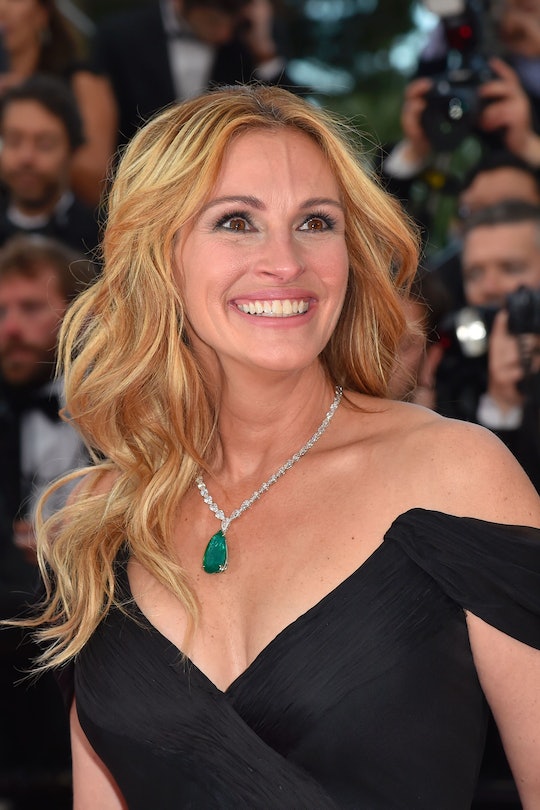 Spike's 'Woman Of The Decade' Award Is Nice, But Problematic

Everyone loves being told "job well done." I believe our generation has been referred to as the "sticker" generation (meaning we all love our little gold stars), and usually I see the value in positive reinforcement. Credit where credit is due and all that jazz. But this new "Woman of the Decade" award from Spike TV is all kinds of problematic, I think. Even in a world where we all want gold stars for being awesome, exactly how do they get to decide who gets the dubious title of the Woman of the Decade? I don't remember being consulted.

Before we go any further... Julia Roberts, I, and many others, have nothing but love for you, sister. You're a cool cat with a wicked sense of humor and one of those laughs that makes me feel like we've been friends for 20 years. What's not to like. So, when Spike TV recently honored our Miss Julia Roberts with the new title Woman of the Decade (an award she will receive in person on June 4 at the 10th Annual "Guys' Choice" Awards), it wasn't the choice of the Money Monster actress and general film icon Roberts that gave me pause. It was the concept that Spike TV felt empowered enough to make the choice in the first place.

Spike TV's 10th Annual "Guys' Choice" Awards is being billed as "everything that a typical award show is NOT – a hilarious, unpretentious, heartfelt event where comedy is king and the world's greatest stars (past and present) align to toast the mega-splendor of all things GUY."

So what sort of criteria do these unpretentious, heartfelt guys use to determine the greatest woman of the decade? Well, up until 2015 fans and viewers were able to choose the winners for such awards as "Hottest Girl On The Planet", "Naughtiest Cybervixen", and "Hottest Jessica" (with exactly two nominees, Jessica Alba and Jessica Biel. Must have been a real nail biter, especially since the winner gets a pair of golden antlers to represent a stag as their esteemed award).

Since then, the awards are simply "chosen by guys, for guys." Which is I guess all we need to know.

Now, Roberts being named "Woman of the Decade" is a first for Spike TV. They normally only decide who is the best woman one year at a time, like in the case of Anna Kendrick who will win this year's "Hot & Funny" award (who knew a woman could be both hot and funny? Not I!). Fortunately for Roberts, this year marks the "Manniversary" of the awards show, so she gets to hold the title longer than usual. Incidentally, the Guys of the Decade award will go to Ben Affleck and Matt Damon. Because men are so awesome they couldn't pick just one, right?

Alright, all snark aside I really do understand the concept of having a tongue-in-cheek, testosterone heavy awards show. And while something inside me curdles when I read award categories like, "Our New Girlfriend" (Gigi Hadid), and "Gift from the Gods," I do think Spike TV is just trying to have a little fun.

But do I think a bunch of guys should get to tell us who the woman of the decade is, especially when their criteria is murky at best? Um... no.