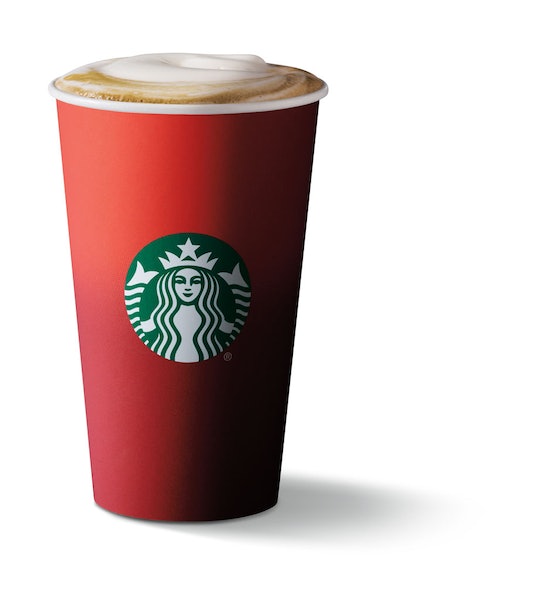 Starbucks Red Cup Memes & Drawings Show The Internet, At Least, Is Not Worried About This

In case you missed it (and you’re obviously on the Internet right now, so I don’t see how you could have), Starbucks is catching heat for using red cups. While their holiday cups in seasons past have featured reindeer or snowflakes, this year’s cups are a simply red ombre design, causing some patrons to declare that the coffee company is trying to erase Christmas. What’s so Christian about a snowflake? I couldn’t tell you. But people are pissed, including Donald Trump, who suggested a Starbucks boycott, and promised that “If I become president, we're all going to be saying, 'Merry Christmas' again. That I can tell you.”

Starbucks, in a response to ABC News, insisted that it actually doesn’t hate the baby Jesus, and the design of the cup is a “blank canvas” which customers are invited to doodle on as they see fit. "Over the past few years, our customers have been showcasing their work on Instagram, Twitter and Pinterest, and we even held a contest to support this creativity. This year’s design is another way we are inviting our customers to create their own stories on our cups." Don’t like the red cup? No problem! There’s plenty of room for you to draw a cross, or a manger, or whatever else says “Christmas” to you… Or maybe something that’s not Christmas related, because, you know, not everybody in the world is a Christian, and that’s OK. Let’s see what people have been doing with their own “blank canvases” (or saying about them in quickly produced Internet memes):

Wow, someone actually is using the cups as Starbucks intended.

Spelling aside, another good point.

Someone else gets it!

Here’s another nun who isn't upset about the red cups.

She cares about coffee.

Kermit the frog didn’t have time to doodle on his chai today, but if he had...

This person completely missed the point.

You’re supposed to draw on the cup, not the sleeve!

Oddly enough, the birthday boy himself doesn’t seem all that concerned.