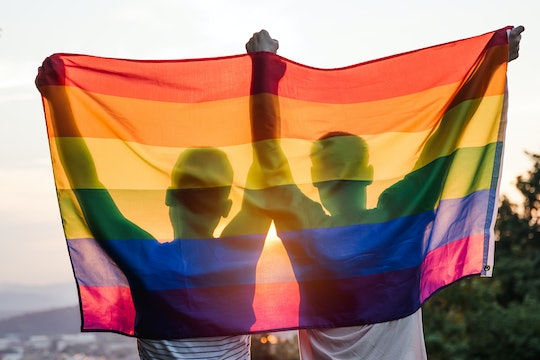 In the Texas border town of Roma, a teacher was put on administrative leave after parents complained about her having Black Lives Matter posters and images supporting the LGBTQ+ community displayed in her virtual classroom. While school officials initially responded by putting Taylor Lifka, an English teacher at Roma High School, on paid leave, she has since been reinstated and can return to work.

Like many teachers across the country, Lifka has been teaching her students at Roma High School via a virtual classroom due to the pandemic. In an effort to make her classroom more personalized, she shared posters in the background of her virtual class. In it, she displayed a Black Lives Matter poster as well as the rainbow flag that often signifies support for the LGBTQ+ community with the words "Diverse, Inclusive, Accepting, Welcoming, Safe Space for Everyone."

Apparently when parents saw these posters, Lifka told NBC News that complaints were made and she was put on administrative leave last Sunday. The teacher told the Texas Tribune that her assistant principal asked her to take down the posters and, after she refused, put her on paid leave. "I guess once that happened, I knew that it might be a rocky road, but considering being put on leave? I never really thought that that was going to be their first step," she told the newspaper.

Since then, a Change.org petition was started by LGBTQ+ rights group South Texas Equality Project to see her reinstated. "Please sign this petition to let the school district know that inclusivity and acceptance are not taboo ideas that deserve censorship; that high school students can and should be allowed to discuss the realities of the world instead of being sheltered inside a sanitized bubble; and that by reprimanding the teacher for trying to create a safe space for her students, the school is not being neutral, but is actively taking a stance that is antithetical to justice," the petition read. As of Friday, it's received more than 34,000 signatures.

On Wednesday, Roma Independent School District Superintendent Carlos Guzman reinstated Lifka. "This action was not intended to reflect any form of punishment or admonishment towards Ms. Lifka but was purely driven by a need to review the circumstances and come to a sound resolution for all persons involved," Guzman explained in a statement to The Monitor.

Guzman also said in the statement to The Monitor that the school "regrets that this matter has become a point of controversy." He added, "It was never the intention of the District to indicate anything less than full support for the concepts of equality and student safety."

This is the kind of teacher kids need. Someone who is willing to stand up for what's right. Someone who wants to make sure all voices are heard.