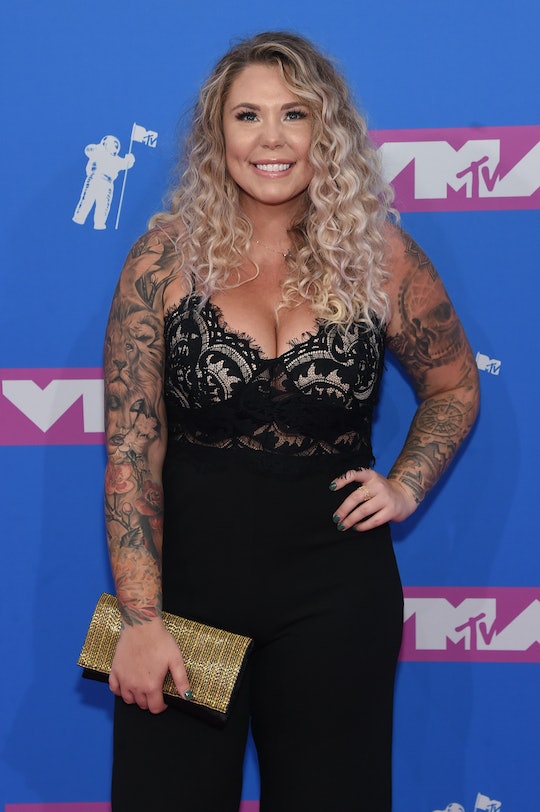 Every child, baby, and pregnancy is different — and because Teen Mom 2 star Kailyn Lowry is experiencing more anxiety while pregnant with baby number four, she knows this to be true. The MTV star and mom of three (soon to be four) boys took to Twitter to share how being pregnant this time around has been different for her.

Lowry is the mom to three sons: 10-year-old Isaac Elliot Rivera, 6-year-old Lincoln Marshall Marroquin, and 2-year-old Lux Russell Lowry. Fans have watched her journey throughout motherhood and her pregnancies over the past nine seasons of Teen Mom 2. They've been there for all of her highs and lows finding (and falling out of) love while juggling motherhood. And of course, they've been there for every one of her pregnancies.

Lowry is allowing fans to follow along with this pregnancy on Twitter, where she has been tweeting about her symptoms and general feelings. Earlier this week, she had a question for fans — why does she feel differently this time around?

"Has anyone else experienced more anxiety about something going wrong in a pregnancy after their first?," she tweeted. "I feel like I can't enjoy this at all."

Lowry's followers on Twitter feel for her. "Everyone says you get more laid back with each kid but I feel like I do the exact opposite," Lowry's Teen Mom 2 co-star, Chelsea Houska, tweeted.

"It's because you're a great mother," another follower added. "Mothers worry. No matter how many times they've done this. May peace fill your heart and soul."

It's natural for her to panic. She's right — there are things that can go wrong in pregnancy and there are so many things to think about when you're pregnant. Lowry has tweeted that she is struggling with finding the perfect name for her fourth son. But within a matter of time, she'll likely begin to relax and enjoy it. She's only 17 weeks pregnant, which means she has more than 20 weeks of pregnancy to go. Lowry is expected to welcome her fourth child around August, so this summer could see her mood shifting considerably.