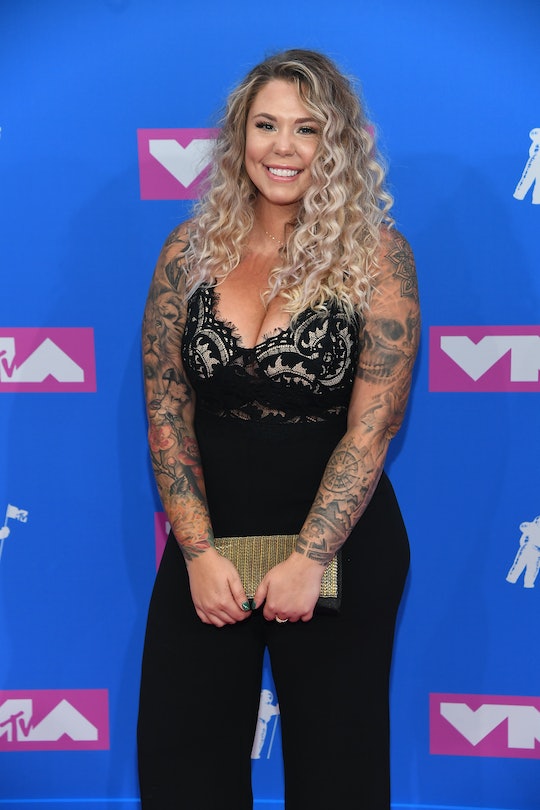 Another little boy has been added to one Teen Mom star's happy little brood. Last week, Kailyn Lowry gave birth to her fourth child and it sounds like she's totally smitten with her family's newest addition.

The MTV reality star told E! News on Monday that she welcomed her fourth son on July 30. "I can check giving birth during a pandemic off my bucket list now," Lowry told the news outlet, adding that she has not yet picked out a name for her youngest son, who was born at 8 lbs., 15 oz. and 22.5 inches long. "No name yet but we are all healthy and so in love," she told E! News.

Lowry's older sons must be excited about their new little brother, judging from their reaction to his sonogram picture in an Instagram post from Feb. 4 when the Teen Mom star announced she was expecting. "We’re confirming the news, baby #4 is coming soon!" she shared at the time. "I’m almost 16 weeks pregnant & it’s been a rough few months this time around. I've had nausea, morning sickness, and absolutely no energy. This week I’m starting to feel a bit better and I'm really hoping it stays this way!"

The 28-year-old has been open about her struggles during this fourth pregnancy in recent months, even admitting that she was worried about naming her baby after finding out his sex. "Things have been so different this time around — it’s weird knowing the sex of this baby & trying to solidify a name so he doesn’t go nameless like Lux did? + my anxiety is through the roof. I’m scared of doing anything wrong," Lowry wrote on Instagram in February.

Still, she told Us Weekly earlier this year that she and her sons were "so excited" to be welcoming another little boy to the family and hopefully she'll share an adorable photo of him with her fans soon enough.